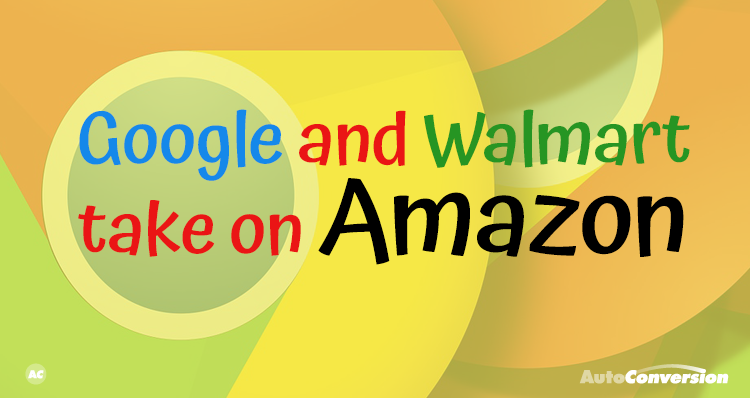 Considering how Amazon has grown over the past few years, it’s no wonder we’re beginning to see other companies reacting and making a move to secure their own future. Jeff Bezos surely knows he’s doing something right when Walmart and Google have to team up in order to remain competitive in online retail sales.

While both Walmart and Google remain powerhouses in their own right, the fact is that Amazon represents a whopping 72% of the market share when it comes to voice-controlled devices. Their Echo line has proven immensely successful as an innovative tool and has become an increasingly popular method for people to do everything from make reminders and check information to shopping for routine items and ordering streaming music or other entertainment.

When new technology works well in business and strikes a chord with the public, it can quickly become an important revenue stream for companies. While Amazon may have been at the forefront of its development, both Google and Walmart know a good thing when they see it.

Google’s Android software continues to power the majority of smart phones and now, anyone with the Google voice assistant will be able to order anything from Walmart’s online catalog simply by talking to their phone. It’s a move that both companies hope will result in a boost in sales as well as making shopping easier for customers.

The basket of previously purchased essentials

Marc Lore, Walmart’s head of e-commerce, published a blog post ahead of the new project. It reports that Walmart will be able to offer a wider selection than any other retailer on the platform. In a follow up interview he said that “One of the primary-use cases for voice shopping will be the ability to build a basket of previously purchased everyday essentials” which is designed to make the Walmart / Google platform easier to use for people who want to make it a part of their weekly or monthly shopping routines.

The venture is set to roll out in late September of 2017.