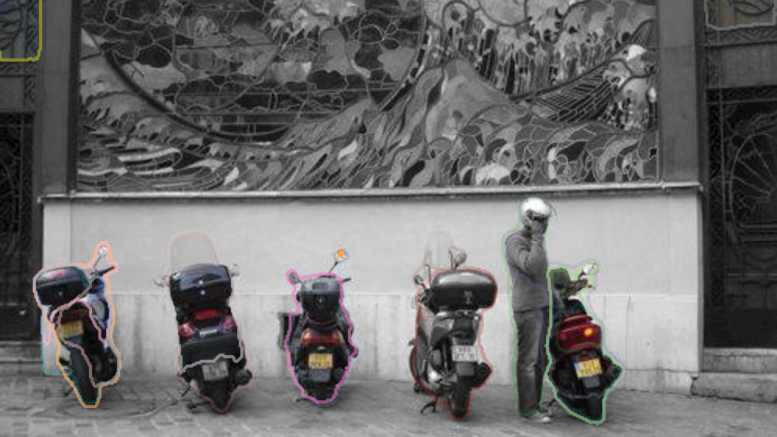 Can a computer distinguish between the many objects in a photograph as effortlessly as the human eye?

When humans look at an image, they can identify objects down to the last pixel. At Facebook AI Research (FAIR) they are pushing machine vision to the next stage. Their goal? To similarly understand images and objects at the pixel level.

This demo, called SharpMask, represents Facebook’s state-of-the-art computer vision research that tries to figure out what objects are in a picture (detection) and to carefully delineate theses objects’ boundaries (segmentation). Because real-world objects vary in shape, size, position, texture, color and lighting conditions, you can start to see how the problem can be so difficult for machines.

SharpMask was built to be able to work on the types of photos that people share every day. In the demo, you see some images from the publicly available Common Objects in COntext (COCO) dataset that were pre-processed using SharpMask to show how it works.

Check it out and see what you think at www.facebook.com/aidemos