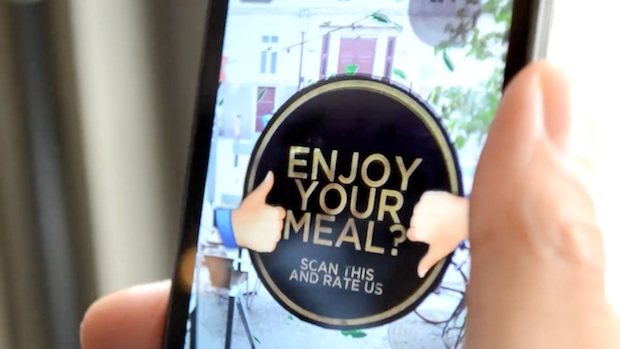 How long? That is not really the right question.

There is a telling article that was published yesterday on Fast Company about augmented reality leader Layar taking its system to a  new level by installing a “real-world object recognition protocol that’s a little like Google’s Goggles.” I personally have not kept up with augmented reality, or AR, which was first introduced to me last year by blogger Eric Miltsch. This new breakthrough from Layar puts a more practical use of AR tag within reach for smartphone users, in an innovative way.

When the new Layar browser, which is an augmented reality app you install on your smartphone, “sees” an item it recognizes, wherever it may be, it returns data to your phone immediately. It results in whatever action has been associated with the object.

As Miltsch explains, “Put simply, the camera in your smart phone talks to the internal GPS device to find and display restaurants, bars and even people – anything that can be tagged online can be identified with this technology.”

In one swoop, Layar may have turned AR apps from intriguing, inspiring, and occasionally useful toys into serious tools for information discovery and, of course, advertising.

Which begs the question of how this affects media and advertising and the role that QR codes play in advertising?

Fast Company asks, “How do you know a random real-world item is actually an AR tag? QR codes define themselves as a tag, but a random magazine page doesn’t, unless it’s labeled as such.” The magazine suggests that until AR becomes more ubiquitous, this may be a problem.

This is certainly a consideration, which makes me wonder if AR tags might be more commonly seen in mass media, specifically with TV and Internet. What better way to introduce the AR dynamic to an engaged audience on TV?

We have written about Interactive TV made possible by companies like iPowow. With the introduction of the augmented reality capabilities made possible with the Layar browser, live television broadcasting could be completely interactive, without texting and while accessing the Internet using its own browser.

This hints at opening up doors in the media and entertainment industry. Something we will have to watch.