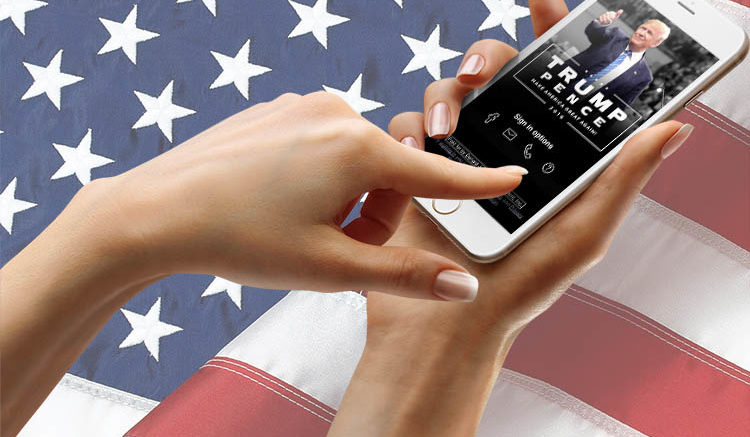 Whichever side of the aisle you prefer, there’s no denying this year’s presidential election has been one like no other. Everything from the way the candidates interact with each other to the way they reach out to their supporters has been a chance for each camp to showcase how technologically savvy they can be. Most recently, the Trump / Pence team has unveiled an app that takes voter interaction to a whole new level.

The America First app was launched in the Google Play and Apple App stores in mid-August. The app offers Trump supporters a chance to connect, share links to news articles about The Donald, the chance to earn badges by completing actions and challenges and, of course, the ability to check in at various Trump events and invite friends and family to join the app and Team Trump. These forms of gamification are innovative for political campaigns. 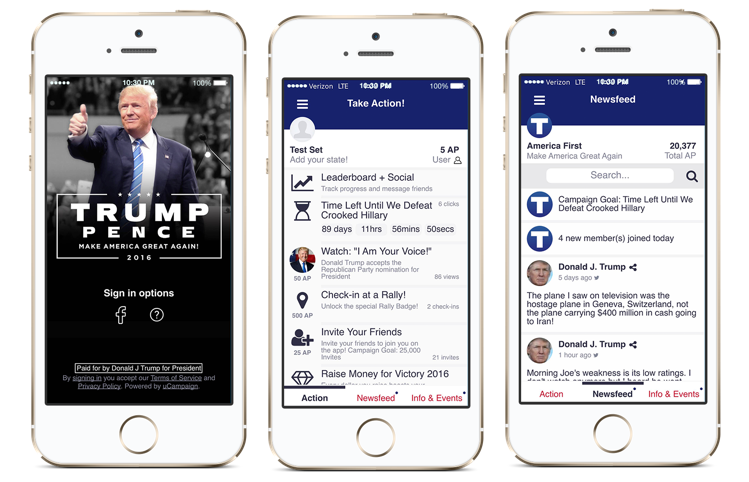 While some media outlets have held this up as an example of a gross violation of privacy from the Trump campaign, reality is that overreaching permissions are nothing new, nor are they the solve purview of politically charged apps. In fact, the permissions demanded by many applications have become the focus of a number of different articles and headline stories over the past year.

The Facebook Messenger app, for example, requires access to the user’s microphone and camera on their phone which sparked plenty of speculation about what the application can access and the information is can store about users and their environments.

Even flashlight apps have come under scrutiny as at least one investigation found popular Android based flashlights apps that required permission to modify a phone’s display setting, modify or delete the contents of a users USB storage and have access to a user’s full network. For a flashlight! 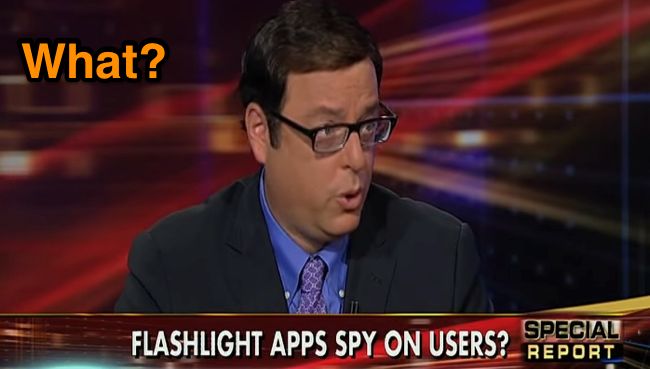 The encroaching permission demands and complex Terms of Use agreements people have to sign now have become as ridiculous and they are ubiquitous. Apple’s mega popular iTunes, for example, has been connected to cases where people’s private music files were moved, renamed and even deleted – all in accordance with their Terms of Service.

The lengths these agreements go to have even been lampooned in pop culture, most notably in the HUMANCENTiPAD episode of South Park where Kyle learns that iTunes users agree to be a part of a Human Centipede experiment when they renew their Terms of Service as part of an app upgrade.

At the end of the day, the permissions and access required by Trump’s America First app may seem a bit beyond the pale. But when compared to the user agreements for other apps and services, it’s nothing new. While critics and security watchdogs decry it as Big Brother run amok, they are probably handing over more permission and access to their social media apps and music platforms than they would if they agreed to the terms for America First.

More to the point, the Trump app gives users the option to control how much or how little information user’s share – an option not made available on other, more mainstream, apps. So who do we really need to watch for? The political tracking and social media app that is designed to be shared and so asks for access to your contacts, or the flashlight app that wants access to your entire network?