Looks like Comcast is on its way to obtaining controlling interest in NBC Universal, a merger-buyout that broke the news nearly a year ago and that we have reported on a few times since. WSJ reported today that Vivendi completed its sale today with GM of its share in NBCU, paving the way for Comcast to acquire its controlling interest. 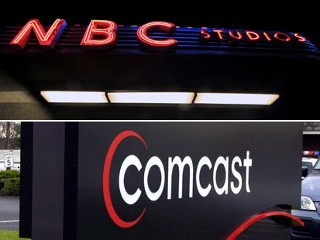 With this acquisition, cable service provider Comcast will also have a major stake in Internet TV trailblazer Hulu, which is our point of interest. Hulu is an Internet TV site owned by NBCU, so with Comcast about to own NBCU it will also own Hulu.

So how does this affect you?

For starters, the deal alters the playing field for television programming, meaning that the high monthly subscription fees and taxes you pay for television programming you purchase from companies like Comcast and Verizon, will likely become challenged by alternative purchase and subscription plans, such as we discussed in recent posts with companies such as Apple, NetFlix, Google, and Amazon.

New regulation will also inevitably be introduced, primarily to protect consumers from being blockaded from programming from other service providers. In other words, regulation that would ensure all programming is available from all the players. With Comcast essentially owning Hulu it could theoretically hold out from allowing select programming from airing on its network. This would be bad for competition.

In a way this is old news, but the deal is not expected to be completed until later this year. The deal is also under scrutiny with the FCC and the Justice Department, due to the nature of the deal and size and scope of the players. What’s not old news is the developing market space of Internet TV.

This deal is a pivotal turning point for the television business as it creeps onto the Internet, affecting where and how we watch TV and how we pay for it. Thank goodness because it’s time for a change. But is it likely to benefit consumers?