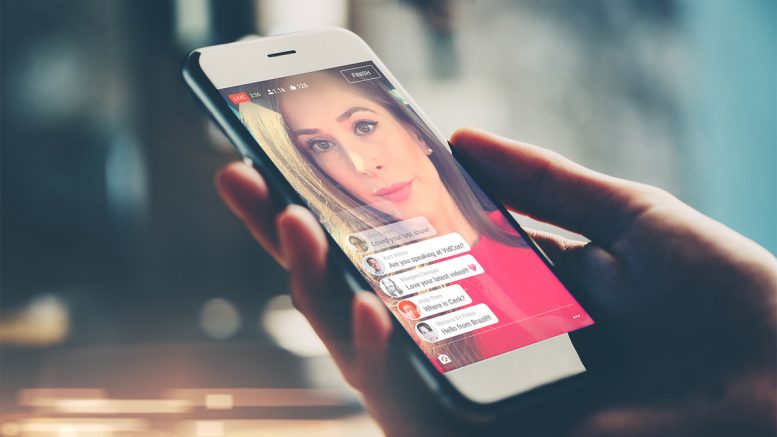 Why Snapchat Is the New TV (WSJ)

In the registration filing for its initial public stock offering, Snapchat parent Snap Inc. said its competitors range from Google, Apple and Facebook to popular Asian messaging apps such as Kakao and Line. But it didn’t list any traditional media companies like Fox or Viacom.

That’s odd, because Los Angeles-based Snap is, fundamentally, a burgeoning media company. Snapchat may be a messaging app, but in many ways, it’s also a new kind of television.

Snapchat uses actual humans to curate snaps from across the site into stories on anything of interest, ranging from scenes from the Coachella music festival to funny things grandmothers say. Content also comes from partnerships with celebrities and production studios that may split revenue with Snap, more like a traditional studio than a platform such as Facebook.

Plus, video ads that appear in the app are more like TV commercials than the pre-roll advertising that has failed to generate profit at YouTube.

As advertisers take notice of Snapchat’s 160 million or so daily users, Snap has the opportunity to capture a portion of the $71 billion a year that goes to television commercials. Nielsen reported a 37% decline in the amount of time spent viewing television among 18- to 24-year-olds, Snapchat’s core demographic, between 2010 and 2016. And IDC projects that by 2020, advertisers will spend more money on mobile than they will on TV.

YouTube has featured live-streaming on its desktop site since 2011, but the company is finally ready to take on Facebook Live by bringing the feature to smartphones.

You won’t be able to broadcast to the world yet, though — the feature is going live for YouTube creators with more than 10,000 subscribers first.

The oligarchic market structure reflects the viral way in which successful products tend to move through the tech market, and the need to gain the efficiencies of great scale as the price of products falls.

It is evident in the auto sector, where larger players are getting even larger so that they can absorb the costs of developing electric and autonomous vehicles. “The Renault-Nissan alliance said Wednesday it sold 9.96 million vehicles last year, just shy of No. 3 General Motors Co.’s 10.01 million and the 10.18 million delivered by No. 2 Toyota Motor Corp.Volkswagen AG led the industry with 10.31 million after suffering a setback in 2015 amid its emissions-cheating scandal,” the Journal reports. Renault-Nissan had been selling between 8 million and 8.5 million vehicles since 2011, but it added nearly another million in sales with the $2.3 billion purchase of a controlling stake in Mitsubishi Motors Corp. last year, according to the Journal.

Smaller auto makers such as Honda Motor Co. and Ford Motor Co., have been pursuing more partnerships, the Journal notes.

Attribution is one of the biggest challenges facing marketers today and that is no different for our advertisers — particularly dealers. From one store independents to large, multi-store dealer groups, the challenge of understanding which touchpoints are influencing consumers throughout their car shopping journey is universal.

At NADA 100 in New Orleans, Cars.com and Clarivoy announced a partnership that will move the conversation beyond first and last click attribution to answer the question dealers have been asking about their marketing investments: are they working?

Through Clarivoy’s native Google Analytics integration, Cars.com customers will now be able to see a multi-touch view of the influence their marketing efforts have in today’s multi-touch world.  Cars.com will be making our data available and transparent via Clarivoy, providing our customers the ability to see the influence Cars.com has on consumers throughout the car buying journey.