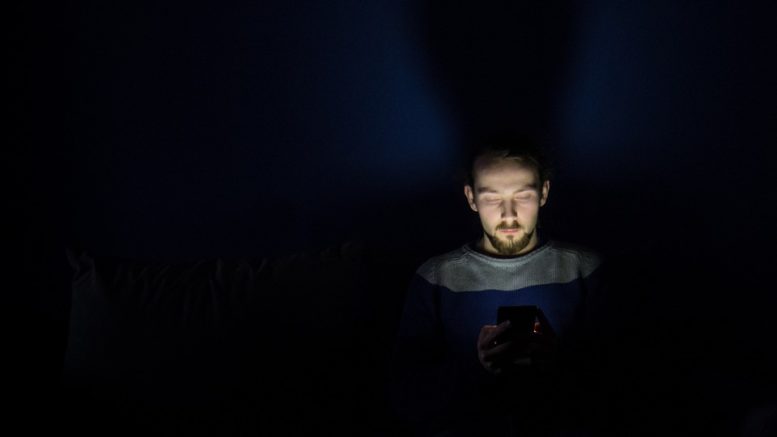 While Facebook is working to become the portal to just about everything on the Internet, it’s also become the focus of a number of studies.  Experts have been examining the rise of Facebook and other forms of social media to determine its impact on the public and on society as a whole.  There have been studies linking it to neck pain and sleep deprivation to a handful of recent studies linking it to increases in anxiety and depression.

So, if you find yourself feeling frustrated, annoyed or downright depressed after scrolling through your Facebook feed, you’re not alone.  A recent study, published in the American Journal of Epidemiology,  tracked the mental health and social interactions of more than 5,000 participants over a period of 24 months.

Holly Shakya, an assistant professor of public health at UCSD, and Nicholas Christakis, the director of the Human Nature Lab at Yale University, created the study in order to determine how much of an impact social media interactions had on a person’s well-being.  Their findings were based on online interviews, self-reporting and clinical interviews with each participant over the span of two years.  In the end, the team found that the frequency with which someone used social media was ultimately “linked to compromised social, physical, and psychological health.” While the team doesn’t come out as saying social media is “good” or “bad” per se, they do make it a point to highlight the importance of face to face interactions with family and friends.

[Get the Whole Story @ Digital Trends]

In a continuing effort to become the Go To place for every part of your life, Facebook has signed a deal to make itself part of America’s pastime. The social media giant is slated to live-stream 20 Major League Baseball games during the 2017-18 season.

They aired their first game Friday, May 19th between the Cincinnati Reds and Colorado Rockies. Fans were able to watch the game without interruption through the MLB Facebook page. They continue to live stream one game a week and have opted, so far, not to sell advertising time on the broadcasts. Twitter has a similar option, though the website warns their games are subject to change and they do include advertisements.

This marks another milestone in Facebook’s expansion.  Recently the social media giant branched out to include ‘stories’ similar to those featured on Snapchat.  But while their stories haven’t taken off ads they might have expected, Facebook’s live stream option has become increasingly popular.  Facebook clearly wants to build on that success with their latest bid to stream MLB games, but this isn’t their first foray into the world of on-demand streaming.  Back in 2011, they teamed up with Warner Brothers to offer the movie The Dark Knight for rental for 30 Facebook credits (roughly $3).  While movie streaming didn’t catch on, streaming certainly has and Facebook hopes to convert that into a new, and more successful, venture in streaming with mainstream entertainment.

[Get the Whole Story @ Marketing Land]