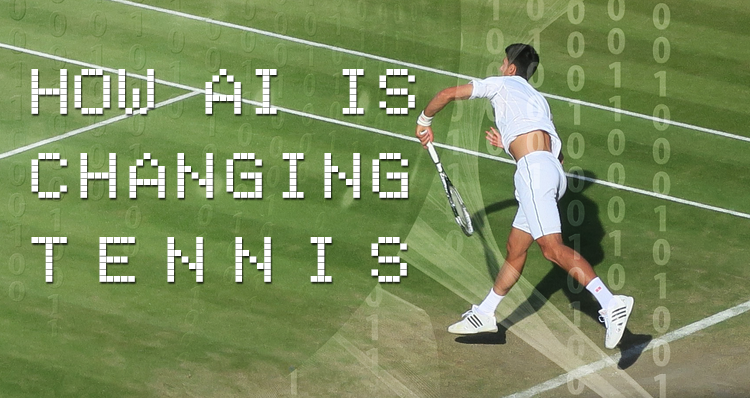 This year’s Wimbledon show down marked a shift in how technology can be used to enhance sporting events for athletes and spectators alike.  IBM unveiled several new technologies through their AI computer Watson that gave spectators a truly unique view of this year’s games.

At the beginning of each match, fans could launch their SlamTracker app and get information of every hit as well as tips on what to watch for.  The SlamTracker app covers all the usual details like up to the minute scores and game stats, but Watson takes it to a new level. The app includes the finer details of each play, including the player and ball position which helps to determine the depth of a serve and how far a player is traveling throughout a match.

Users also get the benefits of Watson’s understanding of historical data, including players’ head-to-head matches and comparisons of similar players in order to deliver actual advice on what each player should do in order to improve their chances of winning.

In 2016, an enhancement was added to this feature which included insights on “pressure points”.  Essentially, Watson calls on its knowledge of a player’s past behavior in order to predict potential outcomes when intense situations arise in the current game.  (One can only wonder what it would have predicted for John McEnroe back in the day.)

IBM has developed a SlamTracker app for the US Open later this summer.  Fans can access it directly from the US Open page here.

Help on the Ground

Wimbledon takes place at the All England Club in Wimbledon, London. The All England Club is a large social club and the area in which Wimbledon is held can be confusing, especially for first-time visitors. The games have always featured maps – but, with so much space and so many different things happening, the maps can be difficult to understand. That’s where Watson’s concierge service comes in.

The games have always featured maps – but, with so much space and so many different things happening, the maps can be difficult to understand. That’s where Watson’s concierge service comes in. The service, called ‘Ask Fred’ for Wimbledon, uses a Natural Language Interface (NLI) to answer questions about dining options, events, and directions.

Perhaps one of the most enjoyable parts of being together with fellow tennis fans is that people can discuss the greatest players in history and debate who is actually The Greatest.  Any debate of this kind is bound to be passionate, animated and, ultimately, a matter of opinion.  After all, there’s no way to know who was REALLY The Best.

Watson has been loaded up with more tennis knowledge than you can shake a headband at. The AI tech has processed more than 53 million tennis data points, commentary from various social media outlets, Wimbledon annuals, over 6,000 newspaper articles and interviews and related information from 44 years of sports coverage.  Watson uses all of this data to determine what truly makes a tennis player great and, ultimately, who would be considered The Greatest.

In the end, people are still bound to argue with whomever Watson declares as The Greatest since, let’s face it, there’s a know-it-all in every group.  But all of this does drive home just how much technology can bring to the sporting world.  If you look at HD televisions as they deliver a crisper and clearer picture of what’s happening, consider the AI technology enhancements IBM has developed as HD on a whole new level.  In addition to enjoying everything you see, these measures can help you enjoy all the elements you don’t see.