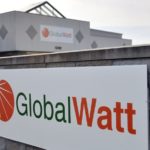 Late last year the California-based solar energy company, GlobalWatt, picked Saginaw, Michigan as the place for a new production plant. Saginaw was in competition with Corpus Christi, Texas and won.

Reasons cited for going with Saginaw over Corpus include 7 years of employment tax credits and $10 million in tax credits. You can read more about that news at MLive.

One of the reasons for looking at Saginaw in the first place has to do with other industry already located there. Local leaders are proud of the fact that Saginaw has a strong interest and a huge leg in the alternative energy R&D sector. As the nation begins to move toward alternative energy and toward energy independence, these plants – and Saginaw, Michigan itself – could prove to be an important aspect of the nation’s energy needs.

This statement from the above linked-to story illustrates how local Saginaw leaders perceive GlobalWatt’s presence in their area:

Officials locally say GlobalWatt would fit well with solar industry growth they are pushing in the Great Lakes Bay Region.

With other businesses like Hemlock Semiconductor and Dow Corning in the area, Saginaw looks to be a major player in alternative energy, particularly solar technology. It looks like GlobalWatt is a feather in the cap of Saginaw, Michigan industry.

Despite the fact that the state of Michigan lobbied like heck to get this deal and wrapped it with huge incentives to get its own sputtering economy revived, the element of this that seems to be overlooked is the tie in to how the push towards energy independence in the USA is one of the best avenues to fixing the broken US auto industry. Granted it is automobiles that will fix the auto industry, it’s sustainable energy solutions that can help the loss jobs recovery, and this deal is the perfect example.

Expected to generate to more than 2700 indirect jobs in the area by 2016, including 500 direct jobs, this deal epitomizes how such a deal can and will create jobs in the sustainable energy industry to replace jobs that were lost as a result of the crumbling auto industry.