Hands down to T. Boone Pickens.

Earlier in the day Tuesday I received an email from PickensPlan with the subject, “What you do right now matters to the entire Army”. It was an invite to their e-Rally after the election tonight. The email prompted me to RSVP for the rally.

Three days ago I received a similar email from PickensPlan with the subject, “3 days until the e-Rally with T. Boone!”. It was the initial invite to their e-Rally after the election Tuesday. The email prompted me to RSVP for the rally.

The 2 emails were complete with information and a call to action, but not overwhelming. They were a god blend of text, imagery, and video. The emails rallied 40,000 RSVPs prior to the debate. Curious to know how many attended and were possibly added. 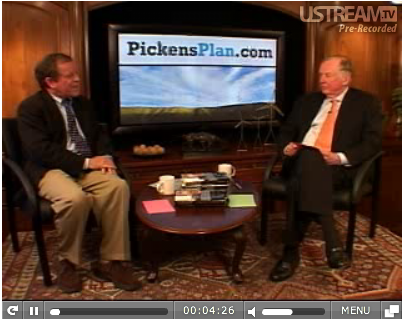 There are some key practices being applied here that we want to see from car dealers and believe can be accomplished.

Automobiles can be vital to peoples’ interests and identities. Dealerships that can reflect this in their sales process gain an edge on the competition. Some examples include…

# Build a cause and engage the audience
A cause for a dealer can be something local, ideally something popular, entertaining, and/or beneficiary to the community. For instance, we are working with an auto group and their sponsorship in auto racing.

# Plan and coordinate events that involve attendee input
Planning and coordinating events can range from e-rallies as Pickens did to webinars and on-site events from training, education, to entertainment.

Of course much of this is easier said than done, but Pickens really has its act together with utilizing these tools constructively.