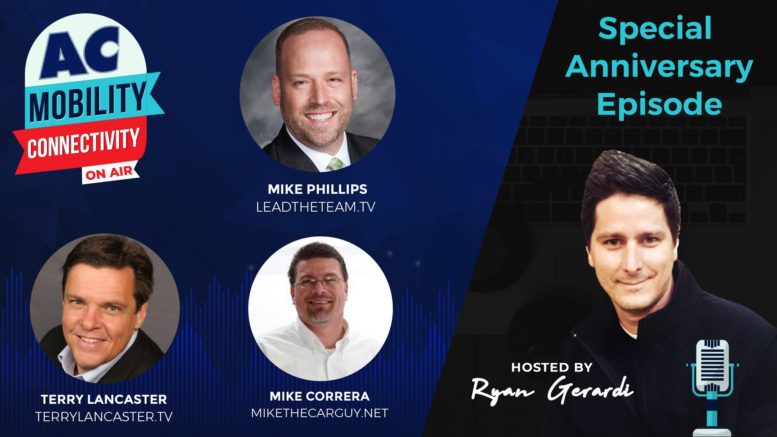 Big news this past week in the tech sector that we discussed on our live weekly webcast which included three familiar faces – Mike Correra, Mike Phillips, and Terry Lancaster. All three are regulars here on AutoConversion. Phillips and Lancaster each host their own respective shows as well.

This Special Anniversary Episode of AC ON AIR features a candid conversation amongst pals about these major developments, before the conversation segues into a discussion about government regulation in big tech and social media.

The “anniversary” tag is because about a year ago when we launched the show, Mike and Mike had appeared as two of our first initial guests. And Terry, who was introduced to us by Phillips around that time began appearing as a regular on the show as well.

Uber IPO: 5 things you need to know about potentially the biggest IPO in years

Uber Technologies Inc. moved a step closer to a mammoth initial public offering on Thursday, providing a wealth of information about its various businesses in a prospectus filing but leaving out a key piece of information of interest to IPO watchers: How big will the offering be?

The ride-hailing startup will report some nontraditional metrics as it seeks to provide information on business that includes much more than ride hailing.

Disney Plus: Here’s what we know so far about the upcoming streaming service

In September 2017, Disney announced plans to create its own streaming video service — a platform created to challenge Netflix, Hulu, and similar high-end streamers. Just over a year later, that service was given a name, Disney Plus, and we recently got our first look at the service in all its Disney-fied glory, as well as information on pricing and a launch date of November 12, 2019.

Disney Plus (also known as Disney+) is intended to compete with industry leader Netflix and the various other direct-to-consumer streaming video platforms currently in use and in development. It won’t have as many movies or television shows as Netflix and its ilk, but Disney hopes to draw customers in with lots of high-profile exclusive content and nearly every movie in Disney’s expansive library, including a number of previously hard-to-find animated features.

Here’s everything we know about Disney Plus so far.

Verizon just flipped 5G live in Chicago, but finding it is like panning for gold

Verizon jumped the gun and unleashed its 5G network on April 3, a full week earlier than its original April 11 launch date. That’s presumably to time it with the three South Korean carriers that were also kicking off their respective 5G services — all for the chance to claim it was the first to release a commercial 5G network in the world. (It did).

AC ON AIR is a live weekly webcast the focuses on how we are connected and the way we get around. It is streamed live on our YouTube channel and then featured on the AutoConverse Podcast.