One of the hottest developing stories right now is the emergence of Internet TV as a competing product to cable and satellite television. In fact, last week, The Wall Street Journal dedicated three stories about it on the Marketplace homepage of its print newspaper and if you snoop around you will see and hear the buzz in numerous other places.

While video on the web is not new, access to broadcast network programming on the Internet is hardly in its infancy. Hulu.com, which we mentioned a couple weeks ago here on our blog, is the biggest player in the realm of Internet TV offering major network programming such as NBC and Disney/ABC which also have ownership in the entity. Hulu.com has been around since 2007 and offers its services for free. 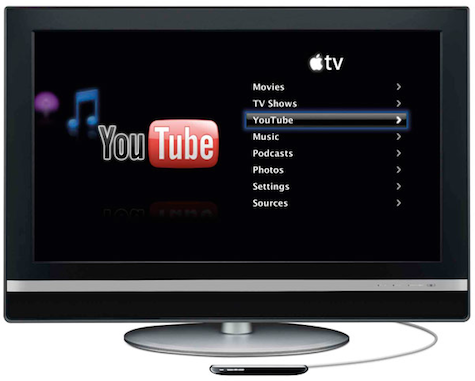 But what’s changing is the fact that broadcast network, cable, and satellite television programming are rapidly becoming available to consumers through their mobile devices and web TV sets. This poses new challenges for cable and satellite providers because their hearty infrastructure is no longer the only means available for delivering commercial-grade programming. The challenge now is on all these new service providers to broker deals with the content providers, alas the networks themselves.

Apple is re-kindling its efforts to be a player in this game with its Apple TV device that permits you to purchase shows individually for $.99. This has worked out great for Apple in the music scene with iTunes, but who can say this model will work for television programming. Are you interested in paying a dollar to watch a show you can not keep? We do it now with movie rentals.

Amazon.com is also entering the space with a new subscription service, something we all are familiar with through cable and satellite providers. Their programs would be accessible via web browser or with Internet-connected TV sets, Blu-ray, Xbox, etc. The subscription model would challenge Netflix catalogue and also Google TV which is slated to debut in the US this fall.

So where does all this lead? Is it possible you will be able to get all the television programming you need for less? One friend told me the other day she and her husband use Hulu.com on their Internet-connected TV as opposed to a cable or satellite subscription and it is working out just fine. They get what they want for far less.

I imagine the main benefit to all this is that cable and satellite subscription prices could come down while online subscription models begin to form, eventually leveling out over the next several years. Consumers are spending more than $100 a month in some cases for premium channels and all the works. Is this really the best use of our money?