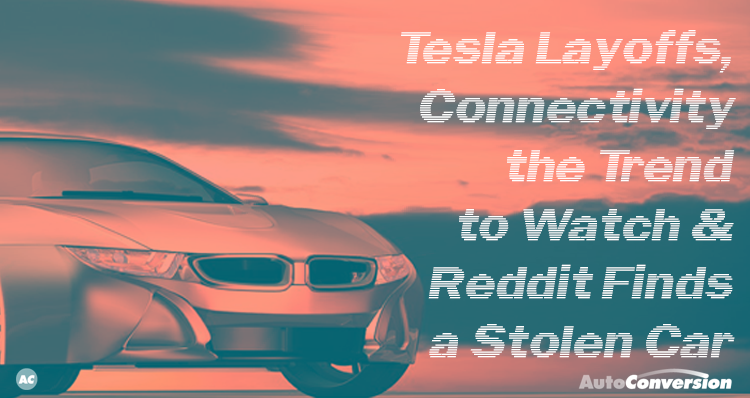 Tesla confirmed […] that it separated with hundreds of employees this week.

The separations were a result of the company’s annual review process, a Tesla spokesperson said in a statement to the Silicon Valley Business Journal on Friday afternoon. As part of that process, some workers received promotions and bonuses, she said, and the company is continuing to hire.

Between 300 and 700 employees were affected, many of whom were local, according to The Mercury News. The spokesperson declined to confirm whether those numbers were correct.

Undoubtedly the most exciting and potentially industry-changing trend in the automotive sector is the implementation of Wi-Fi into vehicles, and the possibilities that come with it. The rapid progression in smart technology is spilling over into the world of cars, as auto-manufacturers aim to keep pace with increasing consumer demand for non-stop connectivity.

Today’s customers place a much higher value on connected services and functionality in vehicles, and while this is a valuable market for car-makers and electronics giants in the present, the future promises to bring a vast range of development which will eventually lead to the completely autonomous car.

And Speaking of Connectivity …

Okay, so not strictly auto tech news, but a noteworthy example of how connected we all are.

Over Thanksgiving week, Sebastiaan de With, a freelance designer and photographer, got his Land Rover Defender stolen in the San Francisco Bay Area, after just having purchased it a little over a year ago.

“I thought it’d be pointless to post it, but on the other hand, I really wanted to find my car,” de With told the SF Gate. “They’re extremely hard cars to find in the U.S., and I was waiting on an appraiser to come around to get full coverage, full-value insurance. So it being gone meant I had absolutely nothing, not even a claim payout.”