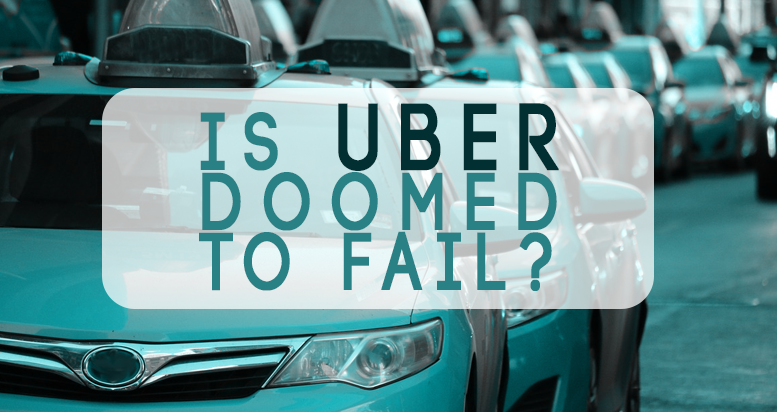 When Uber first appeared on the scene, skeptics were quick to point out how easily the company could fail.  An army of freelance, casual workers putting in time whenever they felt like it and customers willing to trust a smartphone app with payment and location information?  It seemed like a set-up positively doomed for failure.

The rise of Uber

But, despite the naysayers, Uber taxi flourished and inspired its biggest competitor, Lyft, as well as a slew of start-up services and Uber-inspired on-demand apps.  They also inspired a national conversation on how freeing – and how confining – freelance can be, for Uber drivers.    The company effectively changed the landscape of personal transportation – empowering freelance drivers and giving people more choices when it came to getting from Point A to Point B.  In many ways, they have been held up as the ideal start-up: a simple idea that filled a need and became part of our pop culture. 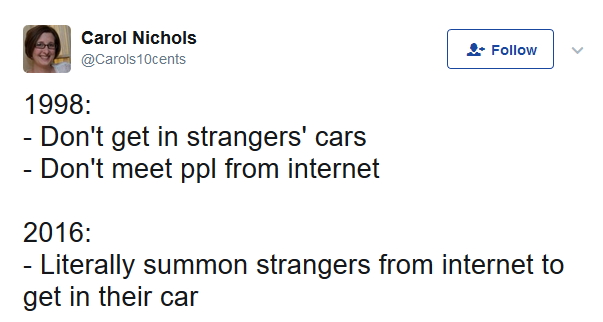 But, although Uber offered creative insight into new ways of organizing workers and creating custom services; their marketing and public relations disasters have shown how bad press can undermine even the best business plan.

In December 2016, Uber’s CEO Travis Kalanick was tapped to join President Trump’s economic advisory council.  This put him and, by extension, all of Uber under greater scrutiny.   What followed was a series of public mishaps which have led to Kalanick’s recent announcement that he was “taking a leave of absence” from the company.

Shortly after his appointment, the President’s travel ban was announced.  Taxi drivers in New York went on strike as a protest and the NY Taxi Workers Alliance called for drivers to refuse pickups from the airport.  During the protest, Uber sent out a tweet about turning off surge pricing for customers requesting pickups from JFK.  The backlash was almost immediate, with critics slamming the company for taking advantage of the situation.  In the end, Kalanick came out publicly against the ban, resigned from the President’s Council and committed millions in legal aid to immigrants.  But by then, #DeleteUber was already trending and the damage had been done.

Uber accused of pervasive culture of sexism within the company

In February, Susan Fowler published a piece on her blog about her experiences as an engineer with Uber.  In the piece, titled “Reflecting on One Very Strange Year at Uber” she openly discussed the sexual harassment she claims to have dealt with at the company as well as the HR department’s refusal to follow up on her complaints, which included chat messages from her boss about looking for someone to join him and his wife in a threesome.  The post was shared widely and did become the driving force behind investigations into the Uber company, which led to the firing of more than 20 people.

In March, it was reported that Kalanick and a group of fellow executives had visited an escort bar while on a trip to South Korea.  One of the executives was a woman from Uber’s marketing department who later complained to HR that being stuck in the bar with the men calling out numbers for escorts made her feel uncomfortable.  At one point she reported to HR that  “It made me feel horrible as a girl (seeing those girls with number tags and being called out is really degrading).”

Doing what they could to work it out

Many times, Uber tried to remedy the situation publicly.  Presumably, this was to assure the public that even though the Uber corporate culture might be rough around the edges, they were doing what they could to work it out.  After the slew of sexual harassment allegations, that had levied against them, the company hired high-profile women like Apple exec Bozoma Saint John and Professor Frances Frei, author of Uncommon Service: How to Win by Putting Customers at the Core of Your Business.

But for every step they took publicly, there were new scandals waiting in the wings to reveal the Uber need for lessons in reputation. A leaked email from Kalanick ultimately illustrated the ‘frat house’ culture better than any allegations being touted by former employees and customers who had filed complaints about sexual assaults from Uber drivers.  Kalanick’s email consisted of warning about a ‘puking surcharge’ for employees who partied too hard and a reminder not to throw kegs off of “tall buildings”.

Is Uber doomed or will it survive?

In the end, Uber may not survive.  If it doesn’t, the company’s demise will have been brought about – not by problematic business decisions, but instead by a string of PR debacles and their own corporate culture, which has been described as toxic by many.  But even if their efforts prove to be too little too late to save the company, Uber will leave a lasting legacy for entrepreneurs looking to capitalize on the growing service industry as well as providing a real-world example of just how important – and powerful – a company’s reputation can affect its future.