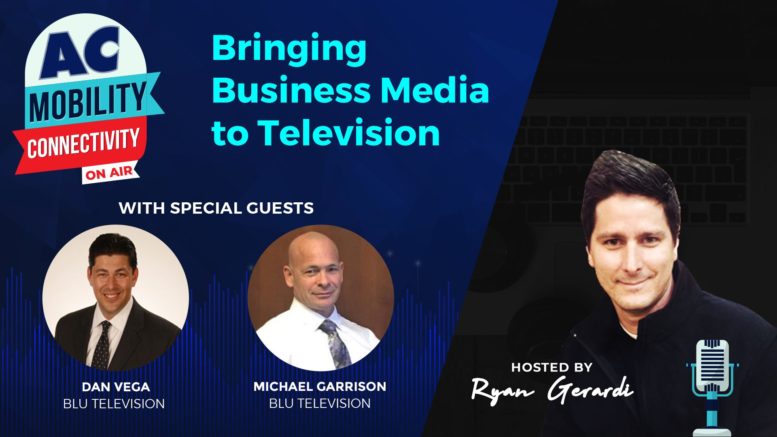 In the world of entertainment media, there is an ever-growing demand in the market for business television and content. Especially with the popularity and success of shows like Shark Tank, The Profit, Wall Street Warriors, and others. More and more people are trying to start businesses than ever before, and consumers are hungry for an inside look into the world of business and entrepreneurship.

With the advancement of technology and the availability of content on the internet and social media, it is easier than ever before to have a voice, be heard, or even to position yourself as an expert. However, not everyone is an actual expert, and it is because of this saturation of self proclaimed “expert advice” that leaves a person searching through a stream of endless, empty discussions in hopes of finding the keys to success.

In this episode of our live weekly webcast – AC ON AIR – we welcome the purveyors of BLU Success Television – Dan Vega and Michael Garrison. BLU, which stands for Business Leaders Unite, is a smart TV channel that features business and entertainment content for the entrepreneur looking to stay motivated, get re-energized, or simply to glean valuable nuggets and trade secrets from their favorite top players in the industry.

Also in the video…

The video featured here begins about 10 minutes in where Vega and Garrison first join me. Prior to them coming on, I provide a brief update on the Boeing 737 Max situation, which has hundreds of planes grounded across the globe affecting thousands of flights each day. I also touch on the recent headline of the UK laying the groundwork to begin regulating big tech and social media. You can rewind the video or listen to the podcast to catch that initial segment.

My two guests opine with me on these two subjects before we get into talking about business entertainment media and BLU TV.

AC ON AIR is a live weekly webcast the focuses on how we are connected and the way we get around. It is streamed live on our YouTube channel and then featured on the AutoConverse Podcast.