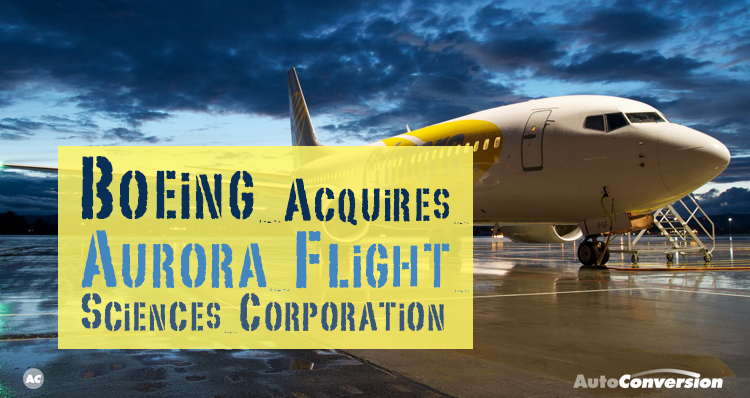 Air travel and flight technology giant Boeing just made it clear they’re ready to adapt with the future. Their announcement on the purchase of Aurora Flight Sciences Corporation makes it clear they plan to influence the future of flight just as they helped innovate its early years.

While terms of the agreement remain under wraps, the plans for Boeing and Aurora have been widely shared. Once the acquisition goes through, Aurora will become a ‘Boeing Company’, a subsidiary under Boeing Engineering, Test & Technology. Aurora will retain its independent operating model while it gains access to Boeing’s formidable resources. In short, it’s a win-win for the future of flight.

Chief technology officer and senior vice president of Boeing Engineering, Test & Technology, Greg Hyslop, set out the vision Boeing has for the future in a widely publicized statement.

The combined strength and innovation of our teams will advance the development of autonomy for our commercial and military systems […] Together, these talented teams will open new markets with transformational technologies.

The future of flight gets interesting

While Boeing is one of the first companies to capitalize on flight, it clearly has no problem changing to meet future needs. Aurora has built its name on building independent drones and working on the cutting edge of flight technology. Together, it’s a good bet that the future of flight is about to get even more interesting.

Get the full story here.