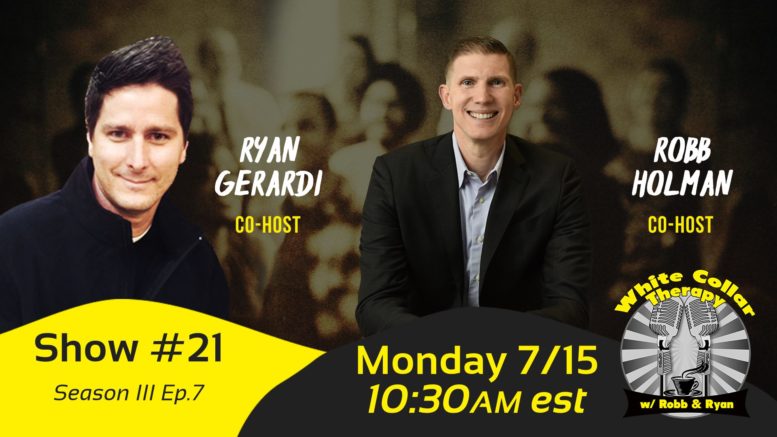 We’ve made it! Three full seasons of The White Collar Therapy Show. What a journey, but even better is what we have in store for Season Four.

To recap the first three seasons…

Season I began in September 2018 and ran through the end of the year. It was the initial experiment of a concept that Robb and I developed over the course of several months, with the two of us “acting” as if we were actually meeting in the same coffee shop. As it turned out, Robb and I did seven episodes – the 7th serving as a recap and preview of Season II.

Season II kicked off 2019. The shift in our second season is that we dropped “the act” and got out of character, Other than that we kept things pretty much the same – two friends meeting in a coffee shop catching up on each other’s personal and professional lives.

In Season III  we kept the show experience the same, but introduced something new – the monthly group coaching webinar. The idea behind the webinar was to bring on a guest coach to share how they apply some of the core principles we cover on the show.

Our first group coaching session included Brandin Wilkinson from ReThinkU Performance Coaching. Our second webinar included Kim Sutton from the Positive Productivity Podcast. And our third session included Terry Lancaster, Author of Better! and also Host of the Get Ya Some Radio Show.

It was after this third group coaching webinar that we realized something – we needed to “flip the script” as I like to say. We needed to open up the show to include these guests and use the webinar to be more member-centric. Which is precisely what we are doing for Season IV.

For Season IV, Robb and I will be featuring three different guests across the six episodes – Terry Lancaster, Mike Phillips, and Kelly Roach. Each guest will join us separately for two different shows, and then for the season finale all five of us will be on the show. The idea here is to make the show more about “friends” and less about Robb and Ryan. And by doing this, the monthly group coaching webinar can truly be more member-centric and not about the guest coach.

Sign up today to become a Free Member. Benefits include…

Get your free copy of the Boundaries Decision Tree Guide. 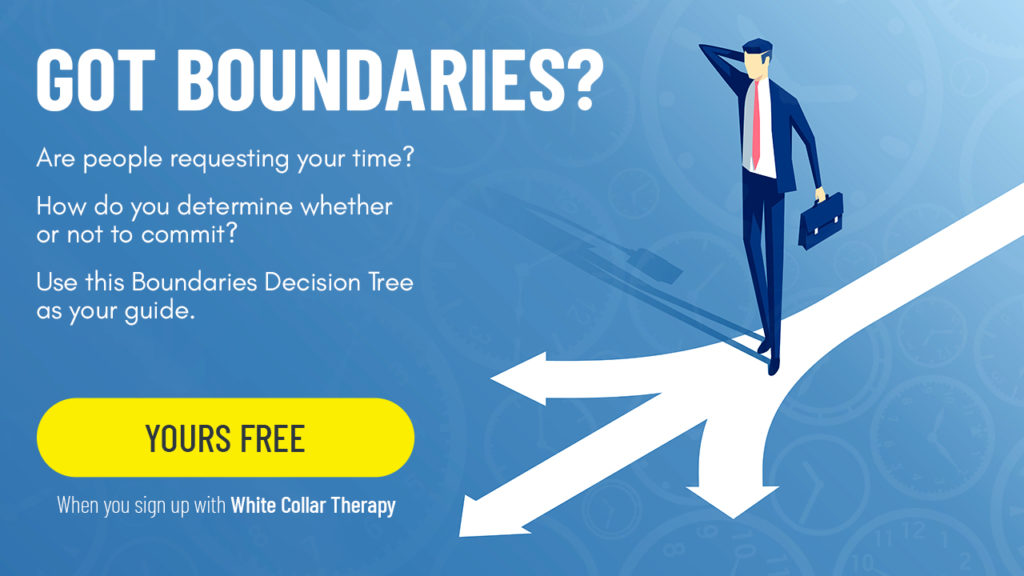 White Collar Therapy is a growing network of Career-Minded Professionals, Business Leaders, Owners, and Aspiring Entrepreneurs. It consists of a bi-weekly show, a monthly group coaching webinar, a podcast, and a member group for networking and collaboration, along with other valuable resources.

By signing up, you are taking that first step towards becoming part of a growing and committed community of like-minded people that are committed to YOUR SUCCESS.

How to Watch the Show

The Show is streamed live on the AutoConversion YouTube channel every other Monday.  This is the only way to view the live show. Once the live stream ends, the video is archived automatically. This means you must have a link to the video archive to view the recording.

To obtain a link to the archive, you have a few options…