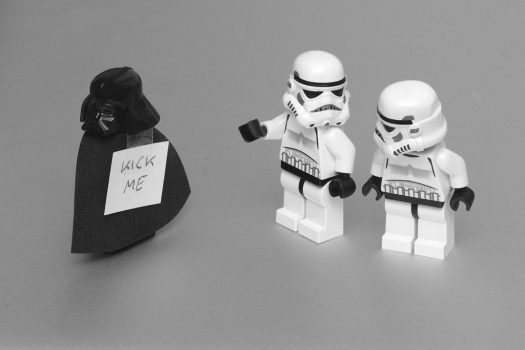 This is a story about the unexpected consequences of my annual commitment with Join.me to save myself less than $100 per year.

Update: As of March 8, 2017, two days after publishing this article which I did immediately after my phone call with the rep, my subscription with Join.me was canceled effective which suggests that my request to do so was acknowledged, so that’s good. This was not communicated to me I only discovered it upon logging in to see.

Losing business isn’t normally fun, but it doesn’t have to be a negative event for your client, or for your own organization for that matter. The loss should be approached strategically with the future in mind so as to minimize the impact and allow the chance of it to return, rather than resulting in a bitter end that has lasting repercussions.

This is a lesson I’ve failed a few times, but not one I would expect to see a company like join.me to fail to understand, especially considering they were recently acquired by Citrux.

My agreement with Join.me

join.me is a software-as-a-service (SaaS) that makes it possible for people to conduct web meetings. I’ve been using it for three years now and I’ve always been a fan of the system, but my business needs have grown beyond the capabilities of the platform and I need to replace it with something more feature-rich and robust.

When I contacted the company last week to communicate this, the result left a bitter taste in my mouth. Basically I was told that my annual agreement had just renewed and that I was locked in for another 10 months.

The terms of the agreement from which I’m benefitting are a discounted rate by agreeing to an annual arrangement. Instead of paying (approximately) $30 per month ($360 annually), I get to pay (approximately $23 per month ($276 annually). That’s a savings of about $85 per year. Woo hoo!

Unfortunately for me, that term renewed automatically last month. When the representative on the phone informed me of this, I immediately began searching my inbox expecting to find some sort of heads up or notification about this, but I didn’t. Nor did I find any sort of thank you. When I brought this up to the representative he responded by reminding me that I’ve been using the tool for more than three years and I should know what to expect by now.

As you might imagine, I’m now offended. Not only was the rep setting the stage for taking the hardline, but he was insulting me and growing defensive of his product.

“What specific features do you need that the software is lacking,” asked the rep. He backed that up by informing me that join.me had recently been acquired by GoToMeeting and that GoToWebinar would most certainly be able to support what I needed.

Problem is, as he was sensing, I had already made up my mind coming into the call about which direction I was headed, and GoToWebinar was not it. Not that GoToWebinar is insufficient for my needs, but I believe I found a superior platform to GoToWebinar and it would cost me less, about half as much really. How could I not go this route?

Needless to say, the representative was disingenuous about my concern for the situation. He told me he would submit a request to end the agreement but it was not up to him and it was not likely to be approved.

The monetary value of the situation boils down to this:

Had I been proactive and not allowed my term to automatically renew last month and instead had them charge me the higher monthly fee, they would’ve received only $60 from me in 2017. By forcing me to pay all 12 months at the discounted rate they will instead receive $267.

Now, a company has the right to exercise the terms of an agreement, and if the monetary value of money wasted here was worth it to me I’d probably pursue this up the chain, but it isn’t in this case. If join.me wants to take the hardline in this instance it will pretty much seal our fate not only of never doing business with me again, but also never being referred by me again.

I’m sure the company will be fine without my business and support, but I guess that $200 makes up for the loss.

Had I know this is how it would end, I would have been fine paying the higher monthly all this time.

Here’s how I expect join.me to resolve the situation:

Retro-charge me the non-discounted monthly rate for this month and last, which was the first month of the renewal date. It’s as simple as that. No resistance. No attitude. No hard line. Just smile and say we’re glad to help you out Mr. Gerardi. We’ve appreciate your business all these years and hope you’ll consider us for you and/or people you know should we be able to assist you in the future.