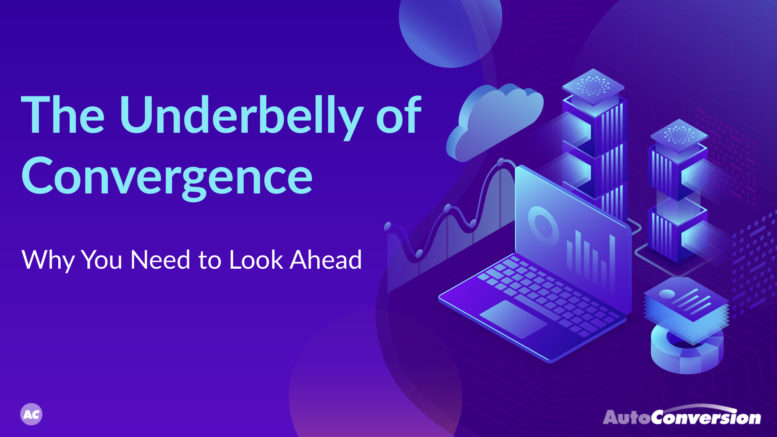 This is the first of a 3-part article series about how perceptions in the auto industry have changed, what it means, and where it’s all headed.

When Larry started working at the dealership, he understood it was only a job to make ends meet. He didn’t grow up in the car business. Nor did he plan on being in the car business any longer than he had to. He was doing it to appease his father-in-law, who wanted assurance that his daughter was in good hands with him. Little did Larry know that 20 years later he would still be in the car business…and possibly forever.

This is not an uncommon scenario for many of us in the car business. When I first got into it, back in 2001, my job was with a small software company that got its start by providing IT services for local businesses. I didn’t take the position because I liked cars or wanted to work with dealers. I took it because I aspired to be a web developer.

And practically speaking, I am a web developer.

Fast forward 20 years, that little IT services business was acquired by Cox Automotive for an undisclosed sum. My guess is upwards to $100 million. Not a bad outcome for a college dropout who started the business in his parents’ basement.

Larry was young. It was one of his first professional jobs, and the Internet-thing was disrupting the car business. With few to no resources to lean on for learning and support, Larry did what many dot-com era youth professionals did. He turned to blogging.

As one of the first bloggers in the dealer business, and because of Larry’s unassuming disposition maybe, Larry’s blogging took off and he became a prominent voice in an online community of other bloggers. The online community became a “thing” of its own and Larry became somewhat of a celebrity.

But soon innovation plateaued. The car business went from ups to leads to online classifieds to websites and CRM’s and BDC’s. Before you know it, the disruption the Internet had caused the car business was akin to the Wild West of the gold rush. The car business had crossed the chasm into the digital age and was humming along.

For a few years, dealers could get by handsomely without embracing too much change. And savvy dealers who could afford to try new things, did just that – they tried new things. And much like when the Internet first impacted the car business, some things worked and some did not.

You could say that Larry was a savvy dealer. He tried new things all the time and had a good sense for how to make the Internet work for his dealership.

But Larry got bored. He continued working at the dealership managing its online presence, processing leads, and selling cars. His job didn’t change much, and his online community became an echo chamber. A resounding cavern of voices preaching to the choir. As far as Larry was concerned, what was once new, was now old again.

His boredom turned to apathy and he was on a treadmill to blah blah land.

Unbeknownst to Larry, a volcano was brewing. Hot boiling lava that any fair observer could notice. But not Larry. For whatever reason, the fumes from the volcano did not excite him. He yearned for something new and different, but he lost sight of where he was in the grand scheme of things. Larry was not looking ahead. He was looking straight down.

Come back next week for Part II of Larry’s story – The Volcano of Emergence.