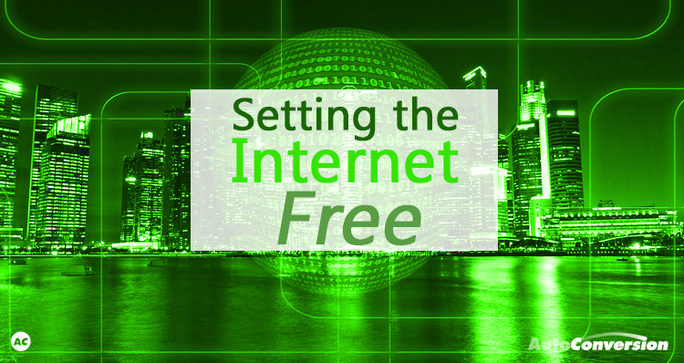 Net Neutrality was voted down on Thursday by a vote of 3 to 2.  The outcome of the vote was as expected, but few understand what it could mean in terms of the future of the internet.

Already, heavy hitters like Netflix, Facebook and Amazon have come forward to express their disappointment with the decision.  In each case, spokespeople for these companies have referenced a ‘continuing legal battle’ in order to keep the internet free and accessible.

On the other hand, critics of the Net Neutrality rules claim this decision will drive innovation and improve internet services while bringing prices down.  Their claim is that by deregulating the internet, service providers can offer better packages, enhanced services and more diverse pricing.

Ajit Pai, the FCC Chairman who has essentially become the center of the Net Neutrality debate, pointed out that the original Net Neutrality regulations had an almost immediate – and damaging – effect on the infrastructure that runs the Internet.

“Since the dawn of the commercial internet, ISPs have been investing as much as they can in networks in order to upgrade their facilities and to compete with each other,” he says. “Outside of a recession we’ve never seen that sort of investment go down year over year. But we did in 2015, after these regulations were adopted.”   (The Internet Association refutes these claims)

Pai goes on to claim that the regulations were responsible for a nearly 6% decline in broadband and network investment.  The result, Pai claims, is that people in rural or remote areas have been the big losers with Net Neutrality and that erasing the regulations will actually improve internet speed, service and overall connectivity.

While Net Neutrality is a complicated subject, the regulations that have come under fire – and which have now been repealed – apply to the following practices:

The repeal of these regulations will allow Internet Service Providers to block access to certain sites and charge more depending on a service.  The most common example used compares the future bills of ISPs to those of traditional cable companies.  Want access to Social Media like Twitter, Facebook or Snapchat?  That’ll be an add-on cost of $19.95 per month.  Access to Google may cost per month or per search.  Packages that charge for sports websites or adult entertainment could also become add-on ‘bundles’

So how likely is this to be the future of the Internet?

The truth is that the battle isn’t over quite yet.

The debate of Net Neutrality still has to get past the legal challenges which are already being thrown at it.  Several Democratic politicians have already filed suits and bills asking the decision be reversed.

Congress could also step in since the FCC is ultimately regulated by the laws passed there.  With the 2018 elections looming, the topic of Net Neutrality is bound to play a huge role in campaigning on both sides of the aisle.

Finally, there’s the simple physics of how laws and bills work.  While the vote over Net Neutrality was rushed, that doesn’t mean its effects will be as swift.  It will take months before the ruling is even entered into the federal register and then several more months before companies could implement changes, even if everyone in the country was on board with the changes.

Which they quite clearly are not.

The Internet won’t be changing in any fundamental way for awhile, and the move appears to be a victory for automakers, who argued the regulations could have restricted development of connected, wireless technologies in vehicles. Users, businesses and ISPs will continue to debate the topic, predict the various outcomes and be involved in the politics of living online.  But one things for certain – the debate over Net Neutrality has certainly changed how we see the Internet both in terms of how we use it and how it has become a part of our lives.