The fallout for Volkswagen in Europe and the USA due to last year’s scandal reaches far and wide across multiple aspects of the auto industry and consumer markets. As a result, key learnings have been drawn from the scandal in numerous respects, including in social media where tensions were high and much was at stake.

On September 18, 2015, after the Environmental Protection Agency (EPA) issued its notice of violation to VW for knowingly manufacturing and selling millions of vehicles in the USA and in Europe with devices in their diesel engines that could detect when they were being tested, and thus changing the performance accordingly to improve results, VW USA sensibly stopped posting to their social media channels.

The accounts were silent for an entire week before a statement from VW USA CEO Michael Horn, who later resigned, was finally made. He stated, “We’ve totally screwed up. Our company was dishonest with the EPA, and the California Air Resources Board and with all of you.”

But the global VW Twitter account did not cease scheduled posts for several days, causing tensions to rise. 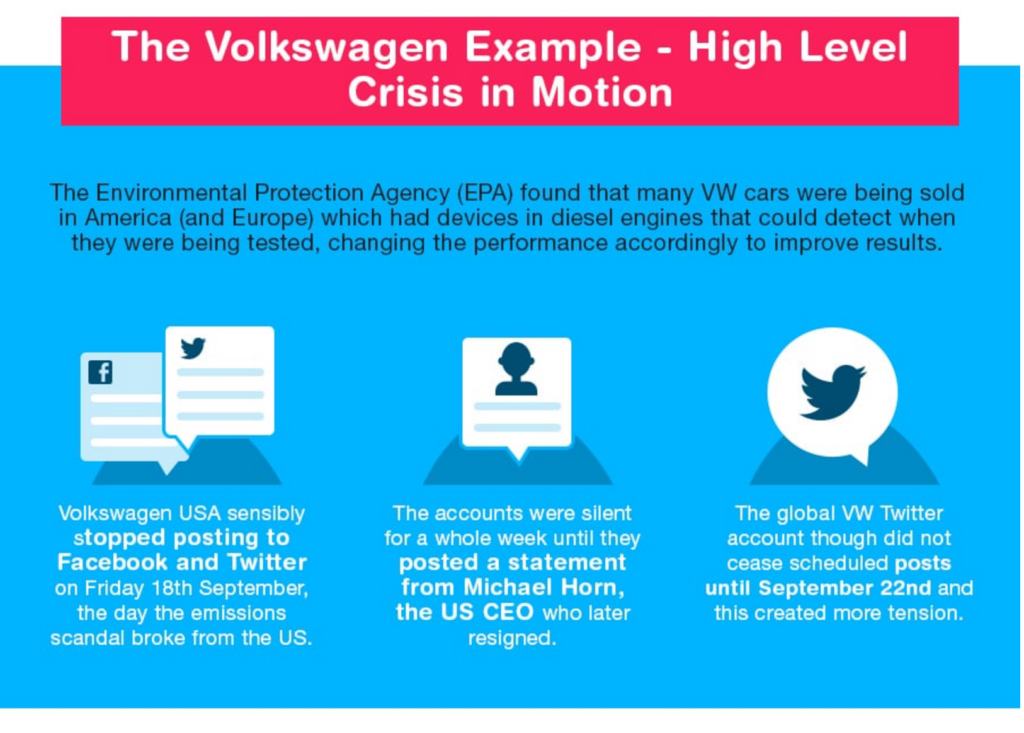 According to sources cited in the infographic below, key social media learnings from the scandal included:

Click on the image below to download the entire infographic in PDF, courtesy of Woodstock Motors UK, to learn more about how the auto industry and auto makers are affected by digital marketing and social media.