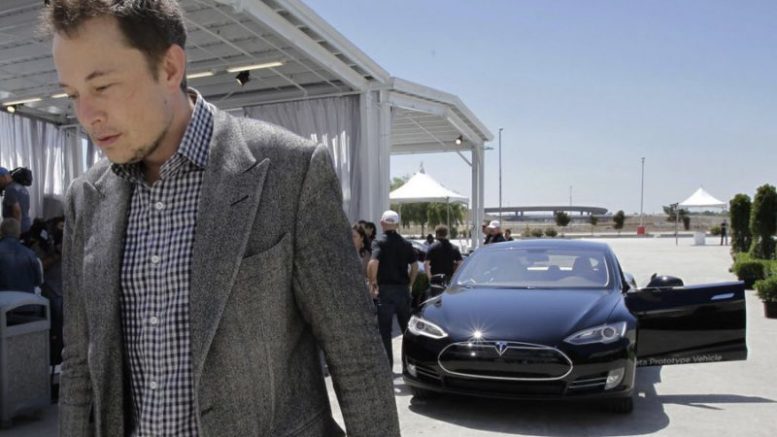 What’s at the root of Tesla’s labor troubles? (CS Monitor)

As Tesla promises to deliver the cars of tomorrow, it may be inheriting the labor problems of yesterday’s auto industry.

The electric-car company’s workplace practices have been under scrutiny since February 9th, when a Tesla employee named Jose Moran published an essay on Medium describing low pay, long hours, high injury rates, and a punitive workplace culture at the company’s sole factory in Fremont, California.

Employees at the plant, he said, are in contact with the United Auto Workers to discuss unionization. Mr. Moran emphasized that he wanted to help Tesla, not weaken it: “I’m proud to be part of a team that is bringing green cars to the masses.”

[…]  Other US companies, from Nissan to Walmart, have also taken a hard line against unionization. But at Tesla, the story is a bit more complicated.

Despite changing consumer behavior patterns, many if not most dealers continue to evaluate third parties only on “hard lead” measures and discount others forms of influenced purchase behavior. Consumers want to be in control of their experience and they are reluctant to provide their contact information because they fear the repercussions of unwanted marketing and solicitation.

These influential experiences appear anonymous to the dealer looking through the lens of a traditional hard lead, and even when a flow of hard leads is provided, many dealers struggle to ascertain their value when they can’t attribute them to immediate sales, even when the leads are proven to have made a purchase elsewhere.

As competition in the automotive space increases and sales plateau, dealers will need a continually better way to understand the complexities of consumer shopping behavior and refined data to help cut through the clutter and focus on their marketing spend.

The Cubs Game 7 win of the World Series is described by many as “the greatest story in baseball history.” Because of this triumphant and historical moment, stories from around the world have emerged, crossing generations and bringing strangers together.

As an entrepreneur, you are likely familiar with the power of great storytelling. Fortunately, you don’t have to wait 108 years to become the greatest story in your industry.