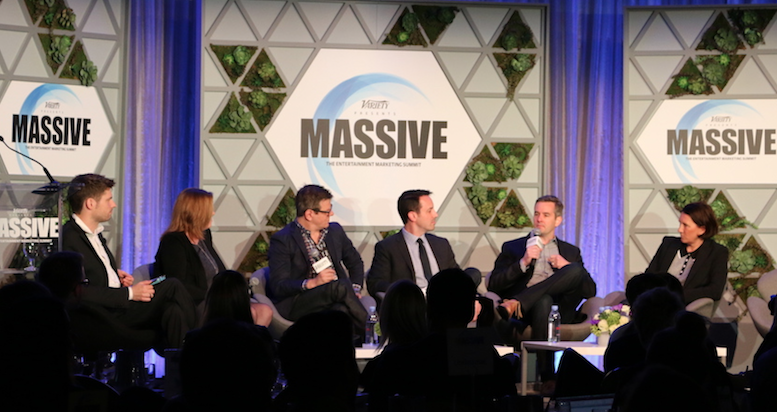 Facebook, ABC, Hulu and others discuss crowded TV space and connecting through campaigns (The Drum)

Are we in the golden age of television or the golden age of video, streaming and viewing? Several television, social and streaming marketers debated that topic, finding what works and what doesn’t in connected campaigns at the Always On – Masters of the Connected Entertainment Campaign panel at the Massive event put on by Variety on Wednesday (March 22).

They looked at the best ways to spread the word about their shows, with not one answer truly standing out but a lot of options presenting themselves.

Twitter is considering offering a paid subscription to power users, including brands and news organizations, The Verge has confirmed. Twitter users today began tweeting screenshots of the survey and a mock-up of what the premium version of Twitter could look like, with new analytics, alerts about breaking news, and information about what an account’s followers are tweeting about. The advanced features would be contained within Tweetdeck, the company’s app for professionals. The core service would remain free.

“We’re conducting this survey to assess the interest in a new, more enhanced version of Tweetdeck,” a spokeswoman told The Verge. “We regularly conduct user research to gather feedback about people’s Twitter experience and to better inform our product investment decisions, and we’re exploring several ways to make Tweetdeck even more valuable for professionals.”

BuzzFeed launched the second season of its food-centric web series “Worth It” on Facebook and YouTube. The show features a trio of hosts testing out food at three different price points — affordable, middle-tier and luxury — and grading which of the items was most worth its price. It’s one of BuzzFeed’s most successful web shows: The March 12th episode did 3.5 million views within the first 24 hours of its premiere, according to the company.

“Worth It” is one of 31 shows currently in some stage of development or production at BuzzFeed, according to executive Matthew Henick, who leads development for BuzzFeed Motion Pictures.

The slate spans a wide variety of distribution partners. For instance, some shows like “BuzzFeed Unsolved” are distributed on Facebook, YouTube and on BuzzFeed’s site and apps (this includes Tasty, BuzzFeed’s hit food brand, which is making shows like“Tasty Date Night” and “Tasty Story.”) Other shows are paid for by streaming partners, including Quinta Brunson’s “Broke” and The Try Guys’ “Squad Wars” for YouTube Red, Kelsey Darragh’s “Am I Doing This Right?” for Comcast’s Watchable and Brunson’s “Up for Adoption” for Verizon’s Go90. Through its relationship with investor NBCUniversal, BuzzFeed is also developing TV shows like a true crime documentary series based on a BuzzFeed News investigation about the unsolved death of a Mississippi teen.