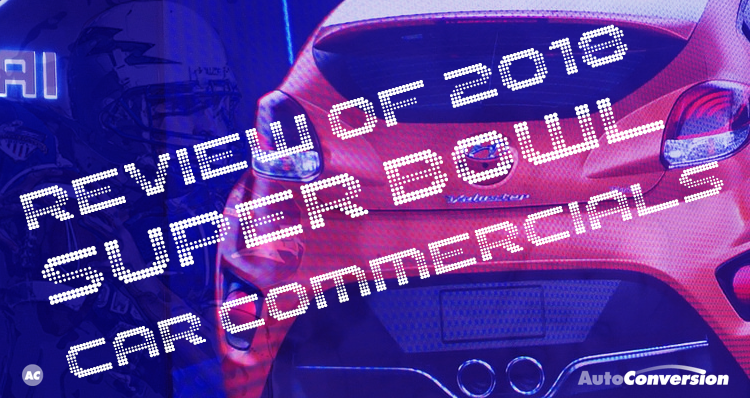 The Automotive News “Weekend Drive” Podcast team of Dave Pericak, Michael Martinez and Michael Wayland got together to have a look at the car commercials of the 2018 Super Bowl.  We’ve gathered them all together for you here to view as well as team of ANWD’s analysis of each commercial so you can have a look for yourself.

Michael Martinez called Toyota’s ad featuring paralympian Lauren Woolstencroft “very powerful” and ultimately relatable.  While not everyone can relate to having a disability, he says, we can all relate to putting hard work and beating the odds one by one in an attempt to reach a goal.  Meanwhile, Michael Wayland, pointed out that while the message is inspiring, it didn’t end up being something people went back to watch.  YouTube stats after the game showed it was one of the lowest performing car ads, with less than a million hits.

The Kia Stinger commercial took a different approach to showing how fast a car can go … in reverse.  Steven Tyler opens the commercial preparing for a race while looking at posters and memorabilia from days gone by.  When he finally gets behind the wheel, he throws it into reverse and floors it, ending up decades in the past.

It’s an odd story line to say the least, and sends a mixed message about the demographic of the Kia.  After all, for a company that typically caters to a younger crowd, the message is more on track for a classic mid-life crisis car.  Detroit Free Press author 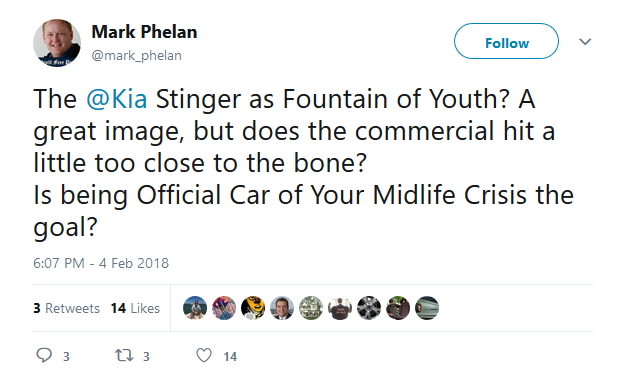 Hyundai’s Hope Detector commercial put a new spin on the company’s long running campaign highlighting their cancer research donations.  families who owned a Hyundai were taken to a room and shown first a video of cancer survivors and their families talking about how much those donations helped.

But, let’s face it, hearing the statistics on how much a car company donates through sales is heart warming but we’ve heard it all before.  Hyundai stepped up the message by having the people in the video enter the room and thank the families personally.  The raw emotion in the commercial hit home for many.

Ram’s Viking ad featured a souped up version of Queen’s “We Will Rock You”, a hoard of mean looking Vikings and an anti-climatic road trip.   It was a miss for most, since the message was confusing – is the truck for those who don’t end up hitting their goals?  Are the trucks actually able to be towed by boats across choppy seas?  Whatever the message, it’s worth it for the soundtrack.

Jeep’s Jurassic ad was a hit with the Weekend Drive crew.  The hosts, along with 11 million YouTube viewers, clearly believe it’s entertaining and immensely sharable.  Plus, vintage AND modern Jeff Goldblum in one ad.

Of course, no car ad in the Super Bowl has garnered as much debate as Ram’s MLK ad entitled “Built to Serve”.    The commercial highlights the service done by everyday heroes from first responders and emergency services to local volunteers and personal mentors.  As we watch these people serving their world, their country, their homes and their neighbors, we hear Dr. King remind us that “You don’t have to know Einstein’s theory of relativity to serve.   You don’t have to know the second theory of thermodynamics in physics to serve. You only need a heart full of grace, a soul generated by love.”

There’s no doubt the message is one of inspiration, but it’s also set of a pretty big debate.

There’s certainly some irony in the fact that the speech sampled by RAM, goes onto blast advertising for capitalizing on this innate desire and (pardon the pun) drive to help.

But, to be fair, Ram didn’t use the speech to advertise their car as superior to others or as an item of competition or envy.  They used it to highlight their perception of RAM drivers.  They used it to frame truck users as people who aren’t just rolling around town showing off their new acquisition, but people who put their resources – tangible or otherwise – to use in service to their fellow man.  And it’s worth noting the representatives of the MLK Estate signed off on the ads, a point Ram Trucks has been quick to point out when criticized on social media after the ad.

Were there any car ads that you thought hit the mark or completely went lift field?  Share your favorite hits and misses in the comments section below!