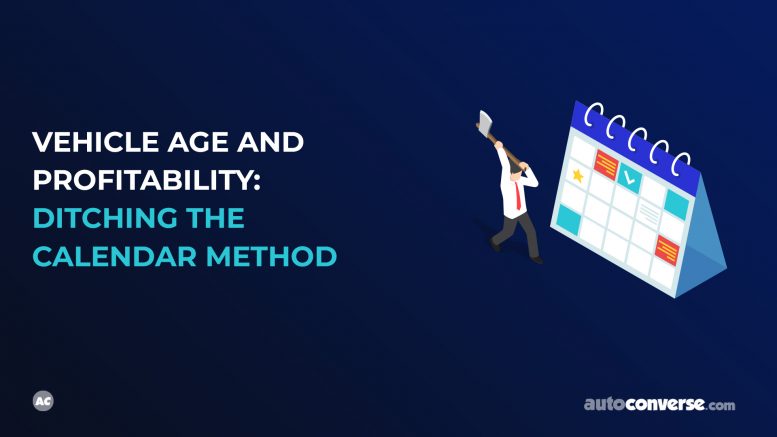 The used car business is, to say the least, a tricky business. At nearly 40 million used vehicles purchased each year in the US, this makes for a busy landscape. And with margins on the squeeze the last several years for franchise dealers, the playing field is seeing new competition.

Franchise dealers have always bought and sold used cars. Most consumers ready to buy a vehicle also normally have one to trade in, forcing dealers to acquire and then dispose of these vehicles. Some they recondition and put back on the lot for retail, but most must be moved via wholesale or at auction.

When a dealer attempts to retail a vehicle, he only has so much time before it starts costing him money.

In a recent twist, automotive veteran and visionary Dale Pollak and his company vAuto have unveiled a new way of thinking. For nearly a hundred years, the standard way of thinking has been that the longer you hold on to a vehicle, the less you will make on it.

The myth, Pollak states, is that vehicles have diminished profit opportunity as they age according to calendar days. But Pollak says this is not true.

If you’re managing used vehicles strictly based on the calendar, you’ll inevitably let some cars remain in your inventory longer than they should, and you’ll effectively give away vehicles you shouldn’t.

In his message, Pollak explains why he says that calendars do not accurately measure profitability of vehicles. Some vehicles lose their ability to make profit sooner than others. It depends on each individual vehicle.

“Vehicles all begin with different levels of profitability from day one. This is the greatest indicator of profit potential, not the calendar,” says Pollak.

Pollak states that the majority of dealers monitor profitability according to calendar days. But with the unveiling of vAuto’s new program ProftTime, Pollak says it is going to “change the way a 100-year-old industry makes decisions on used cars.”

The new system works under the premise that not all cars are created equal. Car A and Car B may both come into your inventory on Day 1, but that doesn’t mean they will hold equal value, so judging their value based solely on how long they’ve been a part of your inventory is not only short-sighted, it could be costly.

Vehicle Age and Profitability: Is it time to ditch the Calendar Method?

In the conversation featured in this article, we took time to kick the tires around on Pollak’s message with a panel of experts in the used car field.  The panel, which was part of the AutoConversion Used Car Marketing Masterminds Series, included three industry veterans – Chip Dorman, Jasen Rice, and Aaron Gomez.

Both Jasen Rice and Aaron Gomez point out that the premise isn’t exactly new – in fact, it circles back to how dealers used to value cars years ago.

“We would grade a car based on how long you owned it to book, based on whatever book,” Rice explains. Using local data from sources like Kelley Blue Book or Black Book gave dealers information relevant to their area.

These days, that has expanded with reporting and comparisons available in real time across the country. That’s the aim of ProfitTime.

“They’re doing the same thing now but based on market data,” Rice says.

Chip Dorman warns about getting too hung up on the profitability of a single car, circling back around to seeing the Big Picture.

“The whole ides of stock management is to optimize your profit,” he says. “If you have some cars that have more profit potential in them and you know you’re going to have to hold onto them a bit longer, okay fine. But, you’ve gotta manage your entire inventory to manage your total profitability.”

Chip is also quick to point out a flaw in the logic and potential problems with results. He says that he noticed an age category in the new software – ProfitTime. “If age is entirely irrelevant,” he says, “then why is it there?”

On a similar note, “I’m looking at a car now that rated Platinum, that’s 316 days old.  Maybe I don’t get it but I sure want to know what’s going on with that car. I mean, that’s a red flag,” he says pointedly.

Clearly, Pollak is creating a buzz around the idea of vehicle profit potential. As dealers look for new ways to more accurately value their stock, identify cars with potential, and boost sales along with their bottom lines, ideas like this are sure to get people talking.

The question is, will it really change the way a 100-year-old industry makes decisions on used cars?