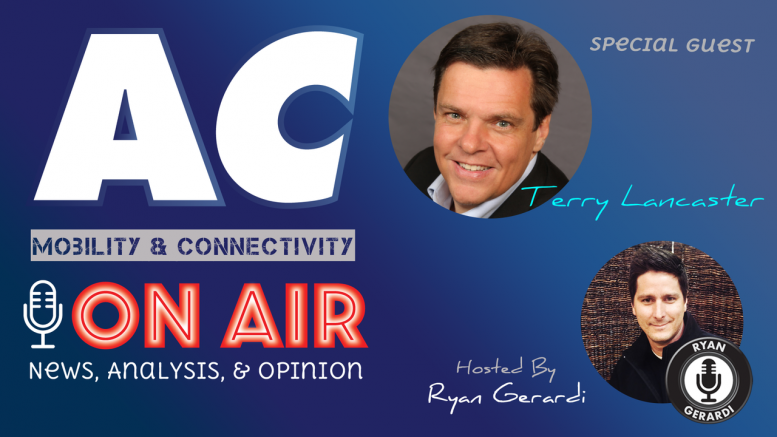 AC ON AIR kicks off the New Year – and Season TWO – with Terry Lancaster from the Get Ya Some Radio Show. In this episode, we discuss Terry’s recent interview with Mark Schaefer, author of the new book Marketing Rebellion.  Schaefer, who previously authored The Content Code and Known, both of which stress the importance of original and honest content in order to create branding that engages … and lasts.

Schaefer’s latest book, Marketing Rebellion, drives home the importance of genuine and original content and engagement saying essentially in the end, the most human company wins.  In a corporate landscape where tweets are times, posts are scheduled and engagement is tightly orchestrated, an honest and genuine voice stands out.

Terry sums it up by comparing the time he spent automating versus if he had been engaging personally.

“I’ve spent 10 years trying to automate everything. Finding the best way to do this and reach the most people.  I found that if I took the time I spent trying to automate … if I actually spent that time talking to a human being I’d probably been better off.”

The simple fact of the matter is that no matter how advanced we become in terms of automation, people crave connections.  In some cases, it’s someone’s personality – more than their deal – that lands a sale or wins the contract.

Speaking of personalities, we kick off the show with a fun time lapse video of a Tesla Model 3 being built.  The time lapse is only 45 seconds and it’s oddly captivating. It’s been viewed more than 400,000 times and it’s yet another example of how Tesla regularly engages with its customer base as well as general fans.

Elon Musk might have been on shaky ground this year when it came to being the official CEO of Tesla, but there’s never been any doubt he’s the company’s personality.  From flame thrower sales to launching his car into space, Musk loves engaging with the public.

Most recently, he’s begun talking about the idea of visiting – and eventually living – on Mars.  While most people would write off such notions as science fiction, anyone who has been paying attention to Elon over the past few years knows that he rarely jokes about ambitious projects.

As far as Mars goes, Elon has clearly already given it great thought.  Over the years, he’s discussed plans for Mars with a number of journalists.  Recently he sat down with Kara Swisher on a Recode podcast. Swisher mentioned the last time they spoke, Musk had said he “wanted to die on Mars, just not on landing.”  Musk responded by laughing, “It’d be ironic if that happened.”

To be fair, ol’ Muskie isn’t just being dramatic.  Initial voyages to the Red Planet likely would be dangerous, especially once they landed.  “Your probability of dying on Mars is much higher than Earth,” he explained.

Still, he reckons he’ll be able to visit Mars within his lifetime.  He is, of course, already making plans to help brave travelers join him – for around $200,000 a head.  So a steep price tag and the looming prospect of likely death …. Why would people want to go?

AC ON AIR is a live weekly broadcast that explores people, ideas, and technologies that influence how we are connected, and how we get around. Follow this link for more information about the show.