Although there is a lot more history to the Porsche brand and family, the classic automaker has launched a contest to locate the oldest Porsche in America as part of its commemoration of 60 years from when the first sports car, the 356, or No. 1 as it was called, bore the Porsche name in 1948. 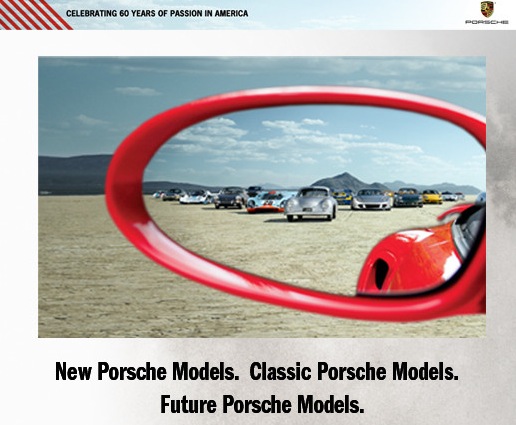 A website has been set up at www.porsche60years.com to take registrations and applicants for the position through the end of September 2010. Porsche is looking for the oldest vehicle on the road for each of the following models:

The oldest Porsches and their owners will receive special recognition and become eligible for additional awards, including an exclusive badge from the Porsche Museum in Stuttgart. Images of some winning models will be featured at the new “Sixty Years of Porsche in America” exhibit, opening on Oct. 12 at the Porsche Museum, and one car might be selected for display at the Porsche stand during the 2010 Los Angeles Auto Show this fall.

Porsche actually got its start much earlier, in 1931. Ferdinand Porsche founded the company in Germany and was given the assignment by the German government to design a vehicle for the people. The Volkswagen Beetle was born. Based on this success, Porsche started making military vehicles for the German military, including tanks. The first Porsche was the Porsche 64, designed using elements from the Beetle.

The most popular Porsche over time has been the Porsche 911, manufactured in and rolled out publicly in 1963. The latest model Porsche is the Panamera, a four-door hatchback, introduced in 2009.

If you enjoy reading information about events, contests, or just the history of automobiles, visit us on Facebook where you can access more cool information and keep informed about other information like this on our site.