In celebration of its 60th year in North America, Porsche has conducted a search for the oldest Porsche vehicles on the continent. First selling Porsches in North America in 1950, the company conducted a poll online to determine the oldest Porsche in each model category. The winner for oldest: a 1952 Strawberry Red 356 Cabriolet owned by Dr. Robert Wilson of Oklahoma City, imported in 1952 by Austrian businessman, Max Hoffman.

However, an older model Porsche was found in Richard Brumme’s 1950 356 Cabriolet, which, unfortunately, was not retailed in America and was therefore disqualified from the competition. 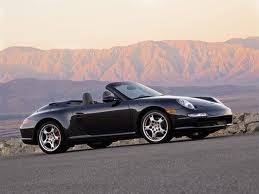 The oldest Porsches for other models are:

The winners of the contest will be represented by photographs at an exhibit in the Porsche Museum in Stuttgart, and Brumme’s 1950 356 Cabriolet will appear in the Los Angeles Auto Show.

More about Porsche’s search can be found at www.Porsche60Years.com