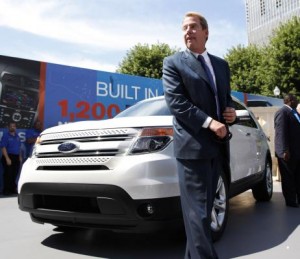 The great-grandson of Henry Ford is lobbying for a radical change in how vehicles are driven in the future. Bill Ford is the executive chairman of Ford Motor Company and he is making huge predictions about how vehicles in the future will interact with each other and pedestrians.

Among the predictions Ford is making are:

In truth, none of these are really fanciful predictions. Auto visionaries have already developed the technology to make much of this happen including auto-piloted vehicles (Google has a self-driving car that it has been testing for at least a year), Bluetooth technology that allows vehicles to communicate with each other to prevent accidents, and in-dash GPS navigation.

While the technology is there it can only get better. The future might look like a science fiction movie.