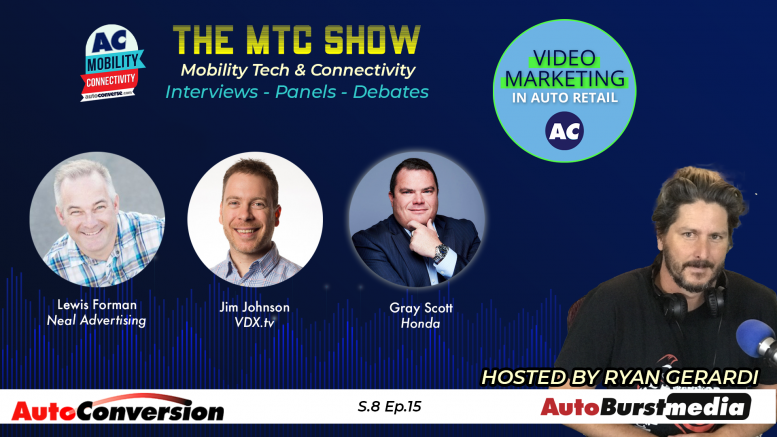 Auto marketers spend billions each year trying to drive sales. However, OEMs face a significant challenge when planning ad campaigns — when it comes to digital, those investments are being made quickly with little to no understanding of the actual sales conversions to which they are connected.

To combat this challenge, OEMs can leverage their own purchase data to inform their marketing efforts. Layering on industry-wide data can help develop a truly data-driven strategy.

OEMs must let the data decide who they should market to and when, giving them the opportunity to ensure they are talking to the right audience at any given time.

The sooner marketers can move away from profiling the consumer, their intended purchase, and potential competitors, the sooner they will be in position to truly allow predictive data analyses to drive their decisions.

It doesn’t matter what was purchased last – it matters what will be purchased next.

This Week on the Mobility Tech & Connectivity Show…

Part I. Conversation with Jim Johnson from VDX.tv

To talk with us about how OEMs can effectively connect sales data to marketing exposures and leverage a truly data-driven strategy, we have Jim Johnson [LinkedIn] lined up from VDX.tv.

VDX.tv is a global advertising technology company that is transforming the way brands connect with relevant audiences in today’s converging video landscape and has helped brands including BMW and Mazda deliver more consistent and meaningful brand experiences across connected TVs and personal devices.

Jim is Vice President of Account Planning for the company. The role of an Account Planner is to observe the world around them, making inferences on consumer behavior to inform marketing strategy.

In Jim’s role, he works with clients using a consultative, data driven methodology to guide them toward their desired digital advertising outcomes. In addition, Johnson holds regular speaking roles at industry events, and writes thought-leadership pieces for publications including eMarketer, AdWeek, and HuffPost. 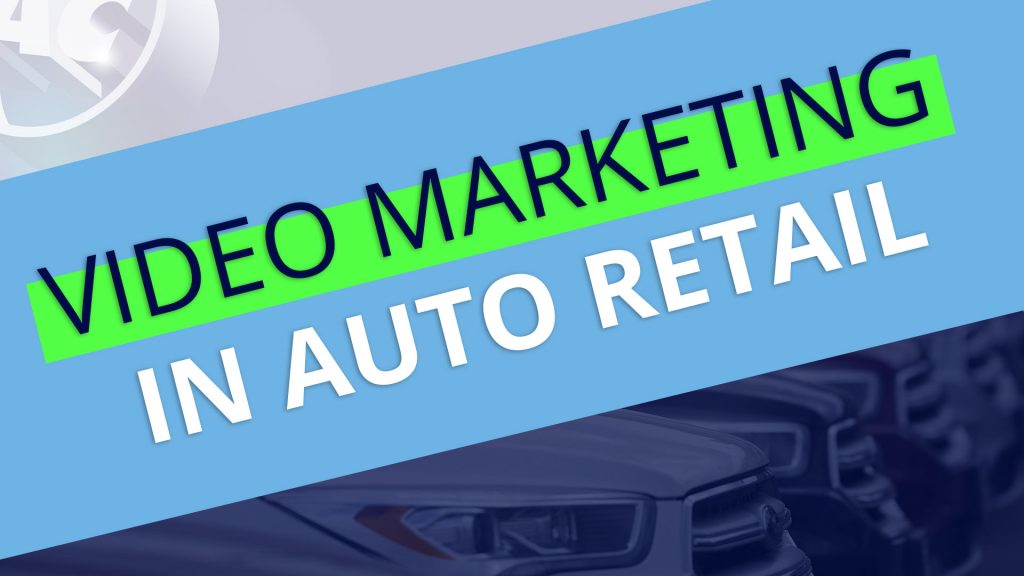 Joining us this week are Gray Scott from Honda who oversees advertising for a high-volume Honda retailer in the Chicagoland area; Jim Johnson from VDX.tv who was our Featured Guest earlier in the show, and Lewis Forman, Digital Account Director with Neal Advertising.

*There is no cost or obligation to participate when registering and you may unsubscribe at any time.

The United Kingdom has become the first Western nation to approve a Covid-19 vaccine, a landmark moment in the coronavirus pandemic that paves the way for the first doses to be rolled out across the country next week.

“Help is on the way,” Health Secretary Matt Hancock announced Wednesday morning, after UK regulators granted emergency authorization for a vaccine made by US pharma giant Pfizer and its German partner BioNTech.
A final analysis of the Phase 3 trial of the vaccine shows it was 95% effective in preventing infections, even in older adults, and caused no serious safety concerns, Pfizer said last month.

The announcement means the UK has vaulted past the United States and European Union in the race to approve a vaccine, months into a pandemic that has killed almost 1.5 million people worldwide.

The Federal Aviation Administration has lifted its ban on the Boeing 737 Max, 20 months after the aircraft was grounded worldwide following two crashes that killed 364 people.

Boeing said that the move will allow airlines that are under the FAA’s jurisdiction to take the steps necessary to resume service and the company to begin making deliveries.

The FAA published an Airworthiness Directive specifying design changes that must be made before the aircraft returns to service, issued a Continued Airworthiness Notification to the International Community and published the MAX training requirements. Those actions do not allow the MAX to return immediately to the skies, the FAA said in a statement.

The FAA must approve 737 MAX pilot training program revisions for each U.S. airline operating the MAX and will retain its authority to issue airworthiness certificates and export certificates of airworthiness for all new 737 MAX aircraft manufactured since the FAA issued the grounding order.

Related Story: Europe to Lift Ban On 737 MAX in January

SpaceX will continue beta testing its satellite-based broadband service Starlink into next year, the company said late on November 24, indicating commercial service would not likely be offered in 2020 as previously planned.

Musk has said the Starlink service will be a crucial source of funding for his broader plans, like developing the super heavy-lift Starship rocket to fly paying customers to the moon and eventually trying to colonize Mars.

“At our current pace, we expect to expand our beta in a notable way very early next year, in the late January-February timeframe,” SpaceX engineer Kate Tice said

Volkswagen has raised its planned investment on digital and electric vehicle technologies to 73 billion euros ($86 billion) over the next five years as it seeks to hold onto its crown as the world’s largest carmaker in a new green era. Under a plan presented on Friday, Volkswagen said it would allocate nearly half its investment budget of 150 billion euros on e-mobility, hybrid cars, a seamless, software-based vehicle operating system and self-driving technologies.

In last year’s plan, the German car and truck maker, which owns brands including VW, Audi, Porsche, Seat and Skoda, had earmarked 60 billion euros for electric and self-driving vehicles out of the 150 billion budget.

A global clampdown on emissions, partly triggered by VW’s diesel pollution scandal in 2015, has forced carmakers to accelerate the development of low-emission technology, even for their low-margin mainstream models.

“The transformation of the company and its brands as well as the strategic focus on the core mobility areas will be consistently implemented,” Volkswagen’s supervisory board Chairman Hans Dieter Poetsch said.

Jefferies analyst Philippe Houchois said while the overall investment budget had remained unchanged, VW’s priorities had seen a “meaningful re-allocation to software and digitisation and a continued priority on Germany”.

This is going to make the supercharger station significantly larger than the average station Tesla has in the US. The station is located between the Bay Area and Los Angeles which is obvious as Elon Musk himself stays in Los Angeles and Tesla’s original market was predominated by people in Silicon Valley and Hollywood. These two also represent the two largest markets for the electric car maker.

Tesla has also built solar canopies, a restaurant and convenience store at the location which makes the charging pitstop a little more engaging. The solar canopies are meant to provide shade to the vehicles while also helping power the supercharger station.

This comes after the company has launched a new self-driving beta which improves the autonomous capabilities of its cars. It also comes at a time where the company has unveiled new models of the Model 3 and Model Y which have a greater range.

San Francisco real estate developer Alastair Mactaggart began advocating for consumer privacy a few years ago, after a Google engineer he met at a dinner party told him Americans would be shocked by how much the company knows about us.

Mactaggart successfully pushed the Legislature to pass a landmark data privacy law in 2018. Now he says it needs some changes, so he drove the effort to put Prop. 24 on the ballot.

What would Proposition 24 do?

In November 2020, Proposition 24 passed. The final vote was: