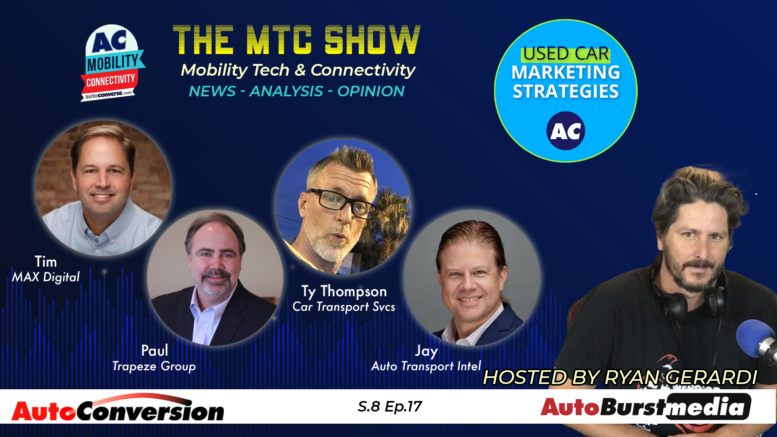 In what has become almost inarguably a most tumultuous year for the majority of people across the globe, the end of 2020 is now on the immediate horizon. A moment that many have been waiting on. Maybe even a thing of the past for many who read this particular piece over time.

But will the turn over to a new year bring relief and hope that people are counting on?

A year ago a thief called covid was lurking in the yard. And although skeptics and analysts were projecting the economy and car business to take a hit soon, there was nothing to suggest what it might be to cause that.

And on and on. The list of things none of us could have imagined goes on indefinitely. And some of them lead to worst-case scenarios for many businesses. Especially small local businesses who seem to be taking the brunt of this political and ideological war going on.

Last week on the Mobility Tech & Connectivity Show our theme was fixed operations in auto retail and we focused primarily on measures and best practices that were introduced into fixed operations because of covid, and which of these implementations are likely to stick around beyond the pandemic. You can catch last week’s show here.

This week on the MTC Show our focus is on the used car business. Everything from wholesale to retail including the auctions, vehicle acquisition, and disposition. We will look at new industry developments such as Ford introducing a new platform to sell used cars online, and Asbury launching an online portal as well.

And finally, President-elect Joe Biden yesterday announced the appointment of Pete Buttigieg for Secretary of Transportation. So we will be talking about that as well in this week’s panel discussion.

For our discussion panel this week the theme is Used Car Marketing. As mentioned earlier, there are some major developments going on in the used car business and we will be using them as the primary talking points for this week’s panel discussion.

Joining us this week on the panel are Ty “The Transport Guy” Thompson from CTS Business Coaching, Tim Scoutelas from MAX Digital, Jay Wertzberger from Auto Transport Intel, and Paul Comfort from the Trapeze Group.

Ford Motor Co. is launching a new digital platform for used-vehicle sales, a move aimed at increasing the Dearborn automaker’s market share as new online startups compete for the favor of consumers and investors alike.

One out of every three of the 3 million used Ford vehicles that change hands every year are sold by Ford dealers, according to the Dearborn automaker. Now the Blue Oval, under new CEO Jim Farley, sees an opportunity to grab a bigger slice of the market by offering the digital experience that many of today’s consumers have come to expect. The decision comes as online used-car retailers such as Carvana and Vroom have promised consumers completely-online transactions, and as those companies have found favor on Wall Street.

In a recent interview during an automotive summit hosted by Reuters, Farley cited Carvana as an example of the opportunities created by digital retail platforms.

“All we have to do is look at the used car business. … It’s perfectly suited for the digital retailing world,” he said. “You can see Carvana, you can see dealers, you can see the large public companies experimenting both in the (United Kingdom) and the U.S. with new used-car models.”

Asbury Automotive Group claims a win in the race among the nation’s biggest new- and used-vehicle retailers to provide a complete, end-to-end, online purchase channel with no need to get offline to engage the dealership in person, via fax or by FedEx.

Initially, Asbury’s first priority is to roll out Clicklane in markets where the chain already has brick-and-mortar new-vehicle stores, probably by the second quarter of 2021, says David Hult, president and CEO.

Strategically, as “more of a Phase Two,” Clicklane also potentially provides Asbury with a way to profitably break into major markets where it presently has no brick-and-mortar new-car dealerships. In a phone interview, Hult cites Phoenix as an example.

“We don’t have anything in Phoenix,” even though it’s a metro market with 5.5 million people, Hult says. That’s enough of a critical mass where Asbury hypothetically could roll out Clicklane to sell used vehicles-only online, with physical support from a delivery center, as opposed to fully equipped brick-and-mortar dealerships, he says.

Asbury learned many valuable lessons in four years of developing the earlier version of its online channel, called PushStart, company executives say. Hult estimates PushStart can complete up to 40% of a sale online, depending on the brand. “It was more than a lead aggregator,” he says. “But it didn’t complete the transaction.”

Asbury says none of its competitors can provide a 100% online buying experience, which at Clicklane includes getting a timely, accurate payoff on an existing auto loan; a bona fide offer on a trade-in; a “penny-perfect” price quote on the new vehicle, based on offers from an online marketplace of auto lenders; offers on F&I products tailored to the vehicle’s VIN and customers’ driving habits; and all required documents.

Hult specifically cites Carvana, Vroom and Lithia as examples of competing platforms where Asbury has purchased vehicles and, he adds, none of them could get through the whole process entirely online.

CarGurus said it agreed to buy a 51 percent stake in CarOffer, a wholesale trading platform founded by auto retail tech entrepreneur Bruce Thompson. CarGurus is investing $140 million for the stake — half in cash, half in stock, a spokesman said in an email to Automotive News. The transaction gives CarOffer an enterprise value of $275 million, CarGurus said in a statement announcing the deal Thursday. The agreement includes the ability for CarGurus to buy the remaining equity interest over the next three years.

New York City-based Vroom (Nasdaq: VRM) said it will pay about 60% cash and 40% of its common stock to acquire CarStory, which uses artificial intelligence and machine learning to analyze national car buying data.

Buttigieg ran against Biden in a crowded Democratic primary contest earlier this year. During the primary, Buttigieg’s transportation platform, which called for a nationwide Vision Zero policy and for de-prioritizing highway expansions, received high marks from Transportation for America, a Washington organization that lobbies for transportation policy reform.