Not surprisingly, CarGurus.com has recently discovered that there are differences between what women and men are looking for in cars, and they have released a list of the interests of both, including some vehicles that are successful with both sexes.  The list, aptly named “Fenders by Gender Report”, determined that men are most interested in sports cars and pickups, while women showed interest in mid-range priced crossover vehicles and practical vehicles in general.  Results were determined by completed sales on CarGurus.com based on gender.  This comes not long after a report that women make the vehicle purchasing decisions.

Despite differences, both sexes did show interest in economy priced vehicles; however, the Mercedes-Benz SLK-Class” was also listed as an agreed upon vehicle for men and women buying a new vehicle. 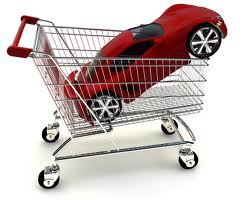 Here is the list of Top Ten Cars Wanted by Men:

And the Top Ten Cars Wanted by Women:

The Top Agreed Upon Vehicles Were:

According to Langley Steinert, founder and CEO of CarGurus.com, “When it comes to cars, guys are definitely predictable, with the perennial favorite Porsche 911 topping the list…Women seem to be more interested in cars that combine practicality with style, whether that’s a crossover that offers space and durability or a sporty, reputable compact that is fun to drive.”  Steinert also added, “Where we see the most common ground is with economy and mid-range priced cars, perhaps a sign that price and value is one area where both genders agree.”