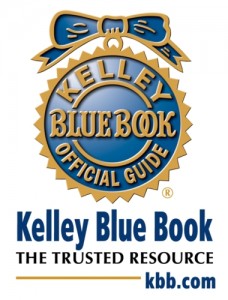 It happened in January. Kelley Blue Book published a press release announcing an expected increase in used car prices of 3% to 5% in the first quarter of 2012. So if you’ve been seeing used car prices going up, that’s why.

But here’s the kicker. The price increase is supposed to keep going well into the second quarter of 2012. So if you’re planning to purchase a used vehicle, then now is the time.

It’s always a good policy to buy now rather than later unless you are talking about investment assets and you see values on the downward trend. When it comes to automobiles, prices rarely go down. And since new cars lose value the moment they are driven off the lot, car buyers usually can do better to purchase a used vehicle that is a couple of years old.

Kelley Blue Book has been offering consumers information on new and used car values for years. It’s a trusted source. If they say that used car prices are trending upward, then we believe them.

According to KBB, mid-sized car trade-in values increased the most in January, by an average of .9% in one week. But redesigns are where the big increases are this year.

“Consumers eyeing one of the many highly acclaimed redesigned 2011 model-year vehicles for their next used car should be prepared to pay a significant premium,” said Alec Gutierrez, senior market analyst of automotive insights for Kelley Blue Book.

Specifically, the trade-in value of the 2012 redesign of Kia Optima increased by 51.7%.

I’ll say it again. If you’re looking to buy a used car this year, better do it now.