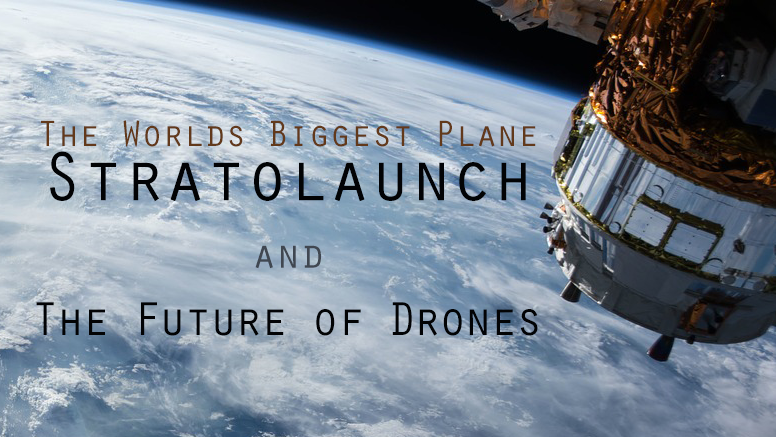 Microsoft co-founder, philanthropist, venture capitalist, treasure hunter … Paul Allen has a list of credentials a mile long.  But now he’s added yet another to the list – World Record Breaker.

Recently, Allen announced the completion of one of his largest projects to date.  The Stratolaunch is the world’s biggest airplane and now he – along with fellow entrepreneur turned adventurous investor Richard Branson – says he’s ready to change the game when it comes to launching satellites, improving the Internet and developing more accurate GPS.

The Stratolaunch is the crowning achievement of a larger project known, fittingly enough, as Stratolaunch Systems.  The company works to create innovative carrier aircraft and, most recently, air launch to orbit vehicles.

The Stratolaunch itself is the world’s largest plane. Construction was completed in May of 2017.  The work to create the mega-plane was carried out in an oversized hangar out in the Mohave Desert.  The now completed plane boasts some pretty incredible stats:

So why would Allen build such a large plane?  Is this the beginning of mass transit in the skies?  Or is it just what billionaires do for fun?

The Stratolaunch was designed in order to bring down the cost of launching small satellites into space.  The key to achieving this is LEO – Low Earth Orbit.  Low Earth Orbit is considered anything under 1,200 miles above the Earth’s surface.   This area includes everything from tracking and communication of satellites to the Hubble Space Telescope and even the International Space Station.

But Allen is interested in satellites.  Being able to get a satellite into position by using the Stratolaunch is expected to cut the cost of satellite launches as well as making them easier to accomplish in general.  Currently, any satellite that needs to be placed into orbit has to hitch a ride on a rocket or along the Space Shuttle.  But the Stratolaunch would make it a simpler process.

Ground and flight testing has only just begun for the newly completed cargo plane. Its first real flight is scheduled to happen sometime in 2019.  If the Stratolaunch performs as expected, it could revolutionize the way satellites are launched.  The Stratolaunch will be able to launch multiple rockets and satellites at once.  The plane also allows for pilots to change course depending on weather problems, turbulence or other issues which currently create insurmountable obstacles to the process.

Never one to shy away from setting the var high, Allen has made it clear he expects great things from the Stratolaunch project.

“Thirty years ago, the PC revolution put computing power into the hands of millions and unlocked incalculable human potential,” he wrote. “Twenty years ago, the advent of the Web and the subsequent proliferation of smartphones combined to enable billions of people to surmount the traditional limitations of geography and commerce. Today, expanding access to LEO holds similar revolutionary potential.”

A fish drone and underwater exploration

Drones still lead the pack when it comes to fun future tech toys and the current offerings on crowdfunding sites prove it.  So far there are projects for waterproof drone cameras and even a drone designed to look a bit like a fish and act as a submarine.   The drones have a variety of potential applications, including underwater exploration, weather tracking and, of course, just plain fun.

Braille tiles that can be moved and manipulated like Scrabble

Future technology also focuses on making life easier for people with a variety of disabilities.  One project, Read Read, is working to make literacy a thing of the past for blind people.  Braille is a difficult form of communication to teach and it cannot currently be done independently.
As a result, blind students need access to qualified teachers who understand braille and who know how to teach the system – and reading in general – to students.

The team behind Read Read wants to change all that with Braille tiles that can be moved and manipulated like Scrabble tiles in order to help teach students.  The tiles include raised letters, braille translations and touch-sensitive strips that play the letter sound when activated.  Essentially, it allows students to learn independently.

Find out more about the future of tech through crowdsourcing over at Digital Trends.