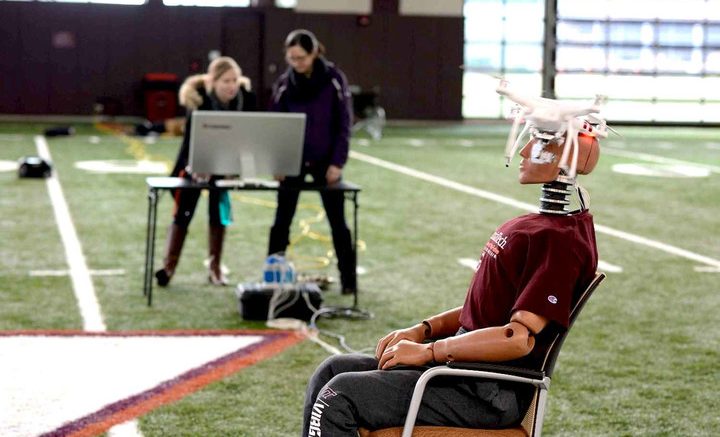 Keen to learn more about what happens to a human head when a rogue quadcopter smashes into it at high speed, boffins at Virginia Tech have recently been conducting a number of tests.

The researchers conducted their study by fitting the dummy with an array of sensors and filming the collisions using two high-speed cameras. The aim was to discover how much force was generated when a drone crashed into the dummy’s head.

Amazon.com Inc. said Tuesday it plans to build its first air cargo hub to accommodate its growing fleet of planes, signaling the company is ramping up its expansion into transporting, sorting and delivering its own packages.

The move will lessen its dependence on traditional carriers, including United Parcel Service Inc. and FedEx Corp., both of whose largest hubs are nearby, in Louisville, Ky., and Memphis, Tenn., respectively.

New data on tests of self-driving car technology in California suggest that Alphabet Inc.’s efforts remain ahead of many rivals in the intensifying race to bring fully autonomous vehicles to the roads.

Waymo, the Alphabet unit that began as Google’s self-driving car project eight years ago, logged 635,868 miles on California roads between Dec. 1, 2015 and Nov. 30, 2016, according to its annual report to the state Department of Motor Vehicles, which oversees self-driving test vehicles.

The number of times the Waymo system deactivated — because the technology failed or a human operator took control of a vehicle because of concerns — fell to 0.2 times per 1,000 miles traveled from 0.8 times a year earlier. That was far better than any of the other 10 companies that filed reports with the state.