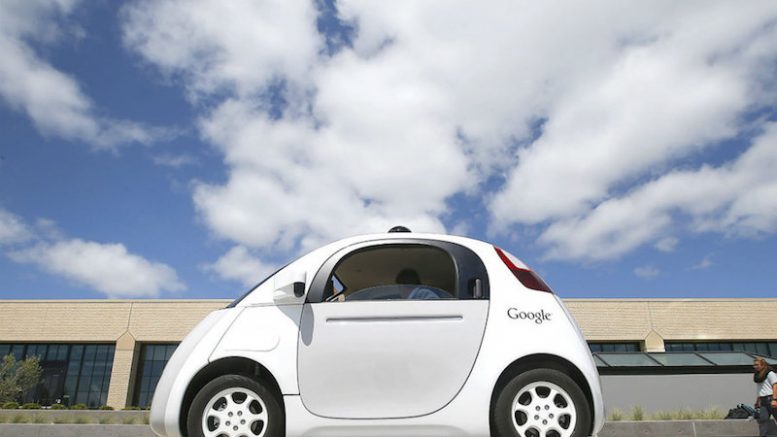 In most places, automated driving is limited – both by technology and by law – to human-supervised joyrides, but a rule change in California could pave the way for a future where you can nap while your car drives you to work.

Nearly 30 companies are testing automated cars on California’s roads, led by the original self-driving car advocate, Google. Until now, regulations have required an alert human to sit behind the wheel, ready to take over at any time, and that the technology must serve testing, not commercial purposes. On Friday, the state released proposed Department of Motor Vehicle amendments that lay the legal ground for cars to operate with no driver.

But some question whether the technology – or the public – is ready for computers to shift from a driving assistant to a full replacement.

Cars Now Talk to Other Cars, if You’re Into That Sort of Thing (Wired)

Excellent news for the gas-sipping, headlight-blinking, gossipy autos among us. Cadillac’s flagship 2017 CTS sedan will talk to other cars. Well, other 2017 Cadillac CTS sedans, but it’s a start. If the government gets its way, all cars will talk to each other one day soon.

Engineers call the technology vehicle to vehicle communication. General Motors and Uncle Sam call it the future of automotive safety in a country where more than 32,000 people died in collisions last year. Today, V2V might let one Cadillac warn another to a predicament. Maybe it’s braking very hard, and it wants other luxury car drivers near by should take care. But give it time. Advocates see a day when the technology facilitates communication between all vehicles, maybe even autonomous ones. The National Highway Traffic Safety Administration believes V2V could “revolutionize motor vehicle safety” and save more than 7,300 lives annually.