Targeting its hip demographic, Ford Motor Company has created a campaign that uses music to promote the Fiesta.  The campaign, called “Gimme the Gig”, is designed to integrate experimental, social, and digital means of communication to promote the vehicle.  The promotion asked unsigned musicians to submit videos to the Gimme the Gig website.   These videos will be voted on by visitors to the site.

The campaign is organized by Don Was, an 11 time Grammy Award-winning producer, who will orchestrate the Ford Fiesta Lounge Tour, which will feature winning bands, and produce the winning band’s music.  This tour will visit OEM dealers located in the Northwest and northern and southern California. 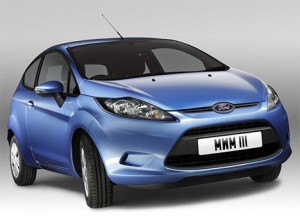 Five regional winners and two wildcards will be chosen from the entrants and will be asked to perform in the LA area in December, where the grand prize winner will be chosen by Don Was.

This promotion is yet another example of implementation of music and social media outlets in the automotive industry.  Recently celebrating the 10th Anniversary of the Prius, Toyota also held an event featuring music and art exhibits.