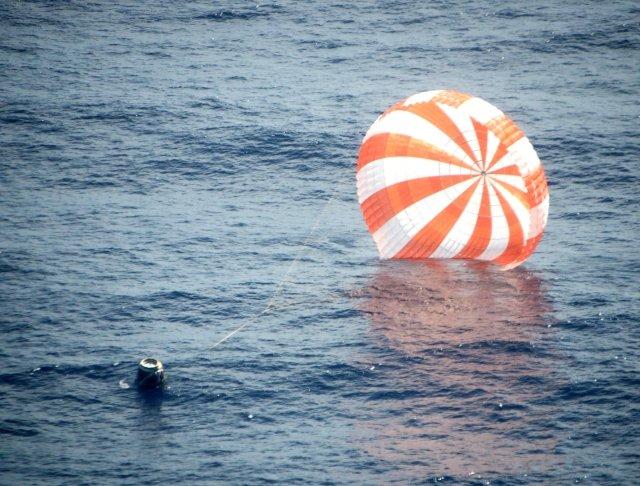 “This historic mission signifies the restoration of America’s ability to deliver and return critical space station cargo,” said SpaceX CEO and Chief Technical Officer Elon Musk. “The reliability of SpaceX’s technology and the strength of our partnership with NASA provide a strong foundation for future missions and achievements to come.”

Dragon departed the station early this morning with 1,673 pounds of return cargo including hardware, supplies, and a GLACIER freezer packed with scientific samples. Dragon is the only craft capable of returning a significant amount of supplies to Earth, and this mission marks the first time since the space shuttle that NASA has been able to return research samples for analysis.

The mission, called CRS-1, began October 7, when the Falcon 9 rocket launched Dragon from Cape Canaveral Air Force Station. SpaceX and NASA are currently investigating an anomaly that occurred with one of Falcon 9’s first-stage engines during the launch. Analysis to date supports initial findings:  the engine experienced a rapid loss of pressure and Falcon 9’s flight computer immediately commanded shutdown, as it is designed to do in such cases. The team will continue to meticulously analyze all data in an effort to determine root cause and will apply those findings to future flights.

This mission is the first of at least 12 to the International Space Station that SpaceX will fly under NASA’s Commercial Resupply Services (CRS) contract.