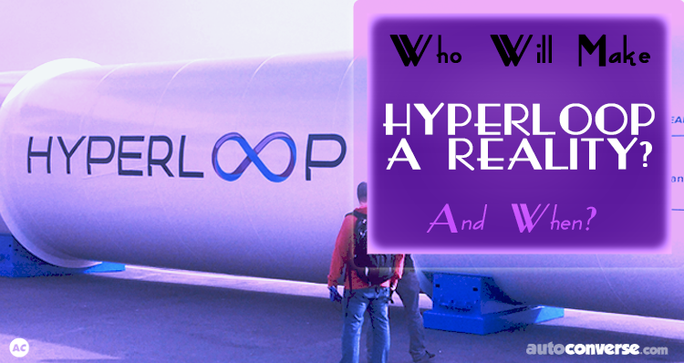 In 1831, the DeWitt Clinton locomotive, built by the West Point Foundry in New York, made its first test run for a passenger railway in the United States.

While the Hyperloop technology being discussed today may seem like a far cry from the steam powered trains that changed the landscape in the 1800s, but they have more in common than you might think.

The Hyperloop is essentially a train that sends its passengers through a vacuum tube.  The benefit is that this system avoids any friction or resistance, meaning it can reach incredible speeds and transport passengers safely and quickly.

The idea was originally developed by Tesla and Space X back in 2012.  Elon Musk, who is a well-known fan of improving travel has since opened the field to invite other companies to make the dream a reality.

So who’s on board with turning the Hyperloop dream into a rush-hour reality?

Virgin Hyperloop One – Incorporated in 2014, Hyperloop One built a 500 mile development loop (DevLoop) in Nevada in 2016.  Since then, HyperLoop has been developing plans to build lines to connect the world.  They went as far as to develop a full scale plan to connect Helsinki and Stockholm (a journey of roughly 300 miles) with a Hyperloop line that would reduce travel time to 30 minutes.  In 2017, the company became the first to conduct a full-scale test of a Hyperloop system and they revealed images of their first generation prototypes.

TransPod – The Canadian company TransPod focuses primarily on the vehicles that will be used within a Hyperlooop system, though they also engineer the tubes.  The pods are being developed to travel at over 1000km per hour (roughly 600 miles an hour) using electromagnetic fields to propel the pods.

Zeleros – Zeleros was founded in Spain by former leaders of the Hyperloop UPV team from Universitat Politècnica de València.  This company is one of the newer players when it comes to making Hyperloop a reality, but they are already impressing experts.  The company was awarded with the titles of “Top Design Concept” and “Propulsion/Compression Subsystem Technical Excellence” by none other than SpaceX.

There are several other companies – including Hyperloop Transportation Technologies, DGWHyperloop, Arrivo, Hardt Global Mobility and Hyper Chariot – that are also working towards a future that features faster, safer and easier travel.

With so many companies already working to make it a reality and many independent engineers and armchair physicists taking part, experts believe it’s only a matter of time before commuters are rushing to catch their local Hyperloop in order to make it around the world before their morning coffee gets cold.