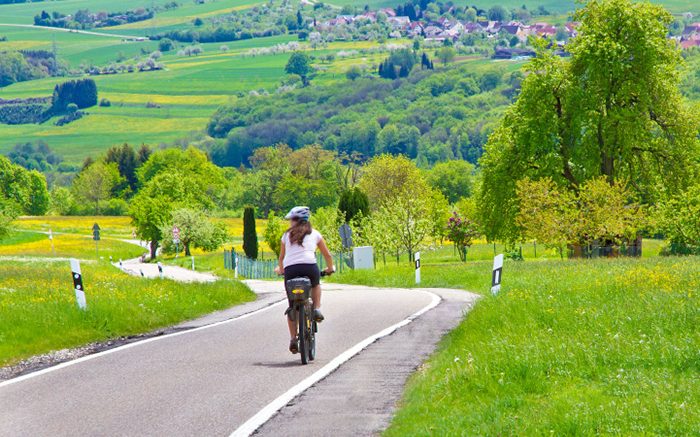 Germany was the first nation in the world to create a high-speed highway network for cars. Now it’s joining the vanguard of countries doing the same for bikes, after opening the first three-mile stretch of a bicycle highway that will eventually span over 62 miles, connecting 10 western cities including Duisburg, Bochum, and Hamm, as well as four universities.

And this highway is an entirely separate roadway that will remain completely car-free.

Like a traditional highway, this bicycle highway has passing lanes, overpasses and underpasses for crossroads, and even streetlights. However, cyclists won’t have to worry about trucks zooming by or bus lanes. It’s just a clear path for miles and miles.

In a study completed by regional development group RVR, it’s projected to take 50,000 cars off the road each day.

Cycling is big and growing in Germany. In Berlin, the school run is more likely to consist of a parent on a bike with two child seats than in an SUV. Cycling is done for pleasure, but also as just another way to get around. Cities already have extensive cycling infrastructure, and in the countryside, you can find wide, smoothly-paved bike highways.