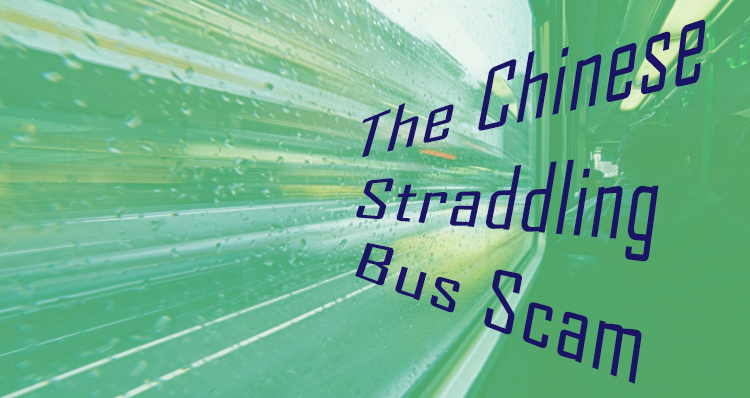 Real world auto innovations have become so novel and futuristic that it’s easy to understand why people thought the Chinese straddling-bus idea was legit. The premise was simple and, in a market desperate for solutions to easing traffic and improving mass transit, it seemed like the perfect idea.

The company behind the idea, Transit Explore Bus, created a video of a small scale demo of their idea. People began passing around the short video of the elevated tram and it soon went viral.

Fans praised its innovation and the idea of it running on cleaner energy. Critics questioned the safety and mechanics while others simply pointed out that it looked like the bus was eating the cars.

Both fans and critics agreed, however, that the concept was a potential solution to China’s massive traffic problems and that if it could work there, the same future transport technology could be applied to other large cities. The video and any related news about the new bus quickly went viral online.

The company behind the straddling bus

While this viral attention was great in terms of attracting investors, it also attracted plenty of scrutiny.

Meanwhile, Transit Explore Bus, the company behind the idea, built a test model in the small town of Qinhuangdao.

But before long the testing site was all but abandoned while managers and executives became increasingly difficult to contact.

Critics and engineers were lining up with their insights by this point. They pointed out that even the prototype seemed in danger of tipping over, that the supports on the bus wouldn’t be enough to handle the weight of the bus and its passengers and that car beneath the elevated bus would be in danger and unable to turn or even change lanes.

Simply put, the problems were mounting and no solutions were forthcoming from TEB.

Then, in the beginning of June 2017, the New York Times broke a story about scandals and arrests surrounding the company. A reporter had gone to the company’s office over the summer and reported he had seen investors coming and going while he was there. “Some left with gifts and grocery bags full of cash”, they reported.

From there, things went from bad to worse for Transit Explore Bus. Within just a few months, nearly three dozen people would be arrested for fraud connected to the idea. National newspapers accused the company of scamming the public from the start and only building the track and test model as “nothing more than a trick to attract investors.”

Could have been a great innovation

While some have laughed at the Chinese straddling bus scam as having been so outlandish that ANYONE should have known it was a scam, others point out that recent innovations were no less ridiculous when first introduced.

Back when the phone was being invented, Alexander Graham Bell had a hard time getting funding since banks and investors laughed at his idea, saying he was overlooking the “obvious limitations of his device, which is hardly more than a toy.”

Since then, even the biggest ideas have been laughed at before people were lining up around the block for them. Cell phones were mocked for being little more than playthings of the rich while Roombas were openly mocked as pointless. Today, people are using their cell phone to upload photos of Roomba shaming.