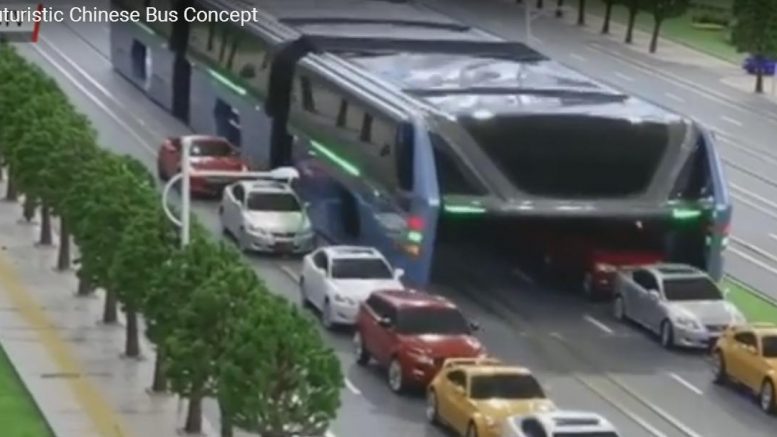 China is the world’s most populous country. It’s also the world’s second biggest economic superpower having just recently surpassed Japan. When you put the two together it’s not hard to see that China is growing by leaps and bounds, in a number of ways. Including technologically.

You’ll have to watch this video demo of a proposed solution to China’s ever-growing transportation issues which shows a bus-like vehicle designed for vehicles to pass under it. Bus passengers are escorted in an elevated area above a moving underpass that allows vehicles (up to a certain width and height of course) to continue driving through regardless of whether the bus is moving, slowing down, or stopped.

Kind of brings new meaning to the phrase, “Thrown under the bus”. Doesn’t it?

All jokes aside, this actually looks feasible. Rather than build a massive subway system, large urban centers can have electronic buses that move through the streets in traffic lanes. Passenger cars can drive through them as if they were bridges. It almost makes perfect sense, but then, so do most good ideas.