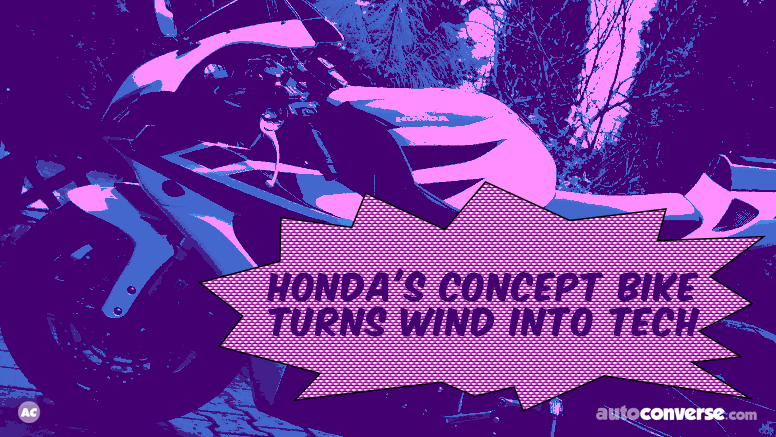 Each year, the EICMA Motorcycle Show takes place in Milan, Italy. The event draws experts, engineers and high-end enthusiasts from all over the world keen to check out the latest advancements in the industry. The show features motorcycles, sportbikes, motocross, luxury tourers, scramblers and more.

In 2017, Honda chose the EICMA Show to unveil their latest advancement in green technology. They’ve thrown their hat into the ring of alternate power, but not in the way most people would imagine.

The design is the result of work done at Honda’s Research and Development facility in Rome. The wind tunnel is mounted near the headlight and when the bike is running, the fan spins creating kinetic energy. That energy powers an embedded touchscreen user display that controls features like GPS and phone connectivity.

The CB4 remains a teaser

Since the CB4 is a concept platform, giving it less restraint than ‘test mules’ which are prototypes of vehicles that are already on their way to being produced. A concept platform, such as the CB4, is more like a teaser. There are no firm plans to put it into production and no deadlines. Still, public interest could easily transport the CB4 from lofty idea to concrete reality.