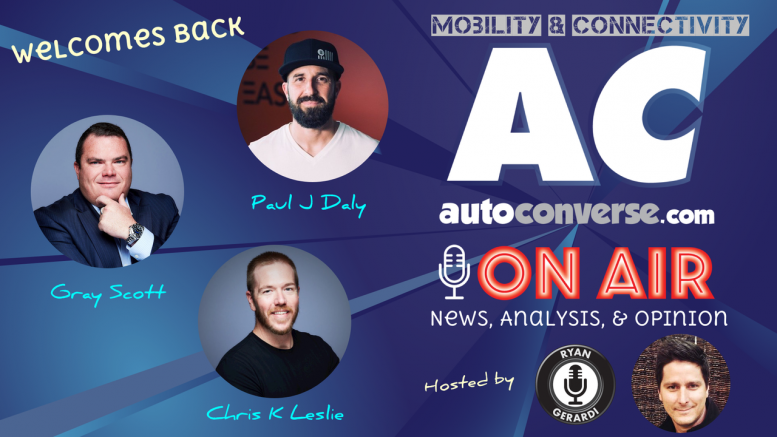 On this week’s episode of ON AIR we welcome back Chris K Leslie, Gray Scott, and Paul J Daly. All three of them play key roles in the auto industry, and all three recently attended the annual DrivingSales Executive Summit (DSES).

While DSES is certainly the hot topic, we’re jumping in with opinion, insight and commentary on some other big stories circulating lately. In fact, we kick off the show with a mini-retrospective of the great Stan Lee.

Lee was truly a mainstream celebrity, recognizable to everyone from comic collectors to casual Marvel movie fans. He passed away at the age of 95 (and 11 months) and the outpouring of emotions and the global sharing of memories prove his legacy will live on. 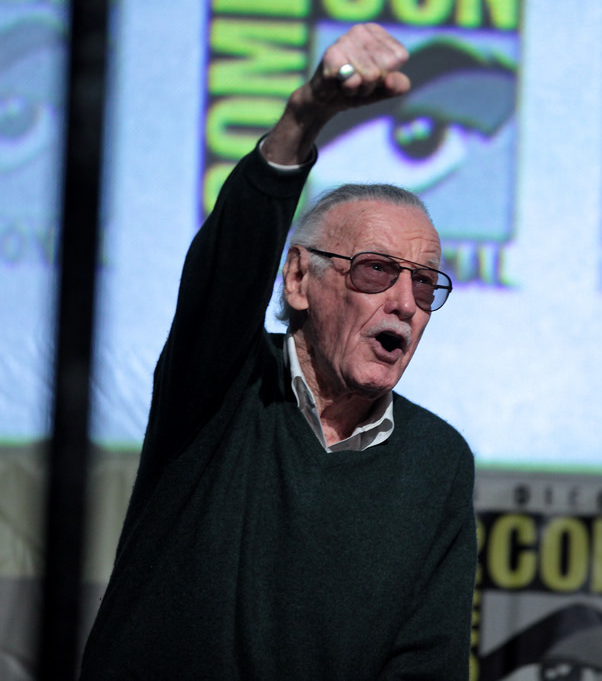 Since I wasn’t able to make DSES 2018, I asked Chris, Gray and Paul about their takeaways from the event. Paul owns a creative agency in New York and is producer and host of the Dealers Compressed Podcast. Chris and Gray both oversee Marketing for high volume auto retailers in major metro areas.

It was Paul’s first year at DSES and he was ready to jump in with his perspective.

“I’ve done a bunch of different conferences my first year at that one,” he smiles, “It definitely had a different vibe than I was expecting.  I think some of that might have to do with the fact that the founder of Driving Sales now owns car dealerships. So there’s almost like this element of [participant] and conference organizer.  … Driving Sales is sponsor driven when it comes to the sessions and what content is produced. I think that’s also kind of a nod to the authenticity.”

That ring of authenticity was also a theme the three guys took away overall.  Paul’s favorite keynote speech came from Unbounce co-founder, Oli Gardner. His talk, Stand Out in an Environment of OEM Constraints, focused on how to create an online experience that actually engages users.  That means looking beyond statistics, SEO optimization and other traditional marketing tools we’ve been brainwashed into watching.

“It doesn’t matter what happens to the technology,” Paul said, “it’s like why people respond to this is outside all the algorithms.  It’s just because it’s human behavior driven.”

Chris was quick to agree.

“It made me think even if your SEO is is solid, does it matter if your site doesn’t produce or doesn’t convert?  You’ve just fancied it up so much that it’s not directing people to do anything – but your SEO is like kicking butt.”

Waymo announced they’ll throw their hat into the ring of ride sharing.  But they’re not just entering the game, they’re adding a new level. Waymo announced their plans to introduce autonomous driverless vehicles to the offering.  The project doesn’t have a public name yet, but it’s coming from alphabet, the parent organization of both Google and Waymo.

Will Autonomous Cars Kill Us All?

MIT recently published a study where they surveyed 200 people to ask them their opinion about autonomous vehicles and the infamous Trolley Problem.  For those who might not be aware of this philosophical riddle – the question is simple, but not easy:

You see a runaway trolley moving toward five tied-up (or otherwise incapacitated) people lying on the tracks. You are standing next to a lever that controls a switch. If you pull the lever, the trolley will be redirected onto a side track, and the five people on the main track will be saved. However, there is a single person lying on the side track. You have two options:

Do nothing and allow the trolley to kill the five people on the main track.

Pull the lever, diverting the trolley onto the side track where it will kill one person.

Which is the more ethical option?

It’s a question humans have debated in one way or another for gnerations, and now we’re trying to figure out how to program cars.  After all, if a car is speeding towards a child, but if it swerves it will hit and kill that child’s parent – how does it decide what to do?

Chris was quick to jump in declaring, “I don’t want that job, that’s for sure.  The guy that has to decide like is it a 1 or 0.”

Gray agreed, saying “These are thought patterns and thought processes that we’ve had, you know, we just kind of go for the best option.  Now, it’s actually hard programmed and that’s a scary thought – hard programming into a piece of software and technology that it’s gonna choose A versus B.”

Ryan, meanwhile, is only too happy to embrace our new autonomous driving.  “Look,” he said, “I was driving through the desert highway, down by Southern Nevada Laughlin area just last weekend.  I noticed there were roads where if if you weren’t paying attention and swerved off, you drop about you know twenty or thirty feet.  If you’re going 80 miles an hour that’s that’s a bad drop. So when I’m going by a semi, if that semi swerves I can’t go anywhere. So, in that sense, I welcome autonomous cars because that’s less likely to happen when a robot’s driving.”

Do Not Pass Go – Monopolies of Giant Tech

Finally, we tackle the issue of monopolization.  From Instagram becoming part of the larger Facebook conglomerate to how purchases of smaller and innovative companies might do little more than throttle innovation.

As with everything, all roads lead back to Amazon and Gray brings up the point that while monopolies are important to discuss, building a monopoly also often translates into changing your audience.  “Let’s not forget about Amazon,” he says and points out the mega-company is doing more than simply inserting itself into every part of our lives from arranging services to ordering groceries. “Now not only are they changing how you buy and acquire goods and services, they’re changing the psychology of individuals and society. […] I think that it’s a broader conversation – how is it changing the psychology of the nation.”