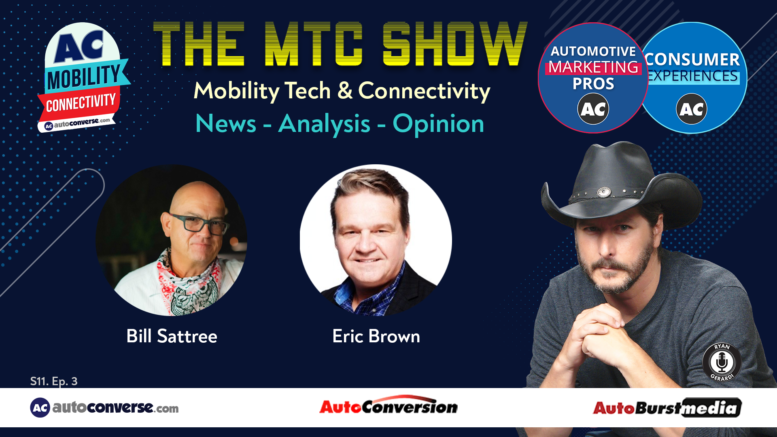 Vehicle ownership, you could say, is a significant part of American culture. In his book, “From Tyranny to Liberty” Author Bela Suhayda encapsulates this when he writes, “The years of the 50s were great times culturally in this country and these amazing cars were a reflection of that greatness.”

He was writing from the perspective of a young grade school-aged Hungarian refugee whose family had fled the communist country in 1956 and found their way to the States.

Back then, exhaust from cars was not much of a concern to society. However, by the 1990s, emphasis started being placed on the environmental impact of automobiles. Yes, cars still emit carbons, but there is a drastic difference when you compare today’s gas-powered engines to the ones being manufactured 30, 20 or even just 10 years ago.

Practically speaking, gas-powered vehicles can not really produce fewer emissions at this point. Compared to vehicles from the 1960s, today’s cars are 98%-99% cleaner in terms of emissions, according to the EPA.

Why then are governments and automakers pushing so hard for electric vehicles?

Initially, the case for electric cars was based on reducing CO2 emissions. But now, the goal posts appear to be shifting. Electric vehicles alone are not enough. We need to eradicate private vehicle ownership for the purpose of reducing demand for critical metals.

However, according to data from agencies such as the US Geological Survey, the United States has an abundance of the core raw materials necessary for manufacturing automobiles – Copper, Aluminum, and Steel.

The idea of vehicle ownership is evasive if you think about it. In the US, the majority of new vehicle purchases are financed or leased, which technically means you do not own the vehicle. You only own the right to use it, until of course it is paid off. With a lease, you never own the unit. You pay top dollar for the right to use it and then you return it, left with nothing but the utility you gained from driving it.

While World Economic Forum Founder Klaus Schwab pushes for electrification to help serve his agenda for amassing power in the energy business, and bringing an end to private vehicle ownership for other dubious purposes, this does not change the fact that there are tens of millions of vehicles out there being used (hundreds of millions globally) which eventually will reach a termination point, alas the end of its life and find its way to a scrapper.

Did you know that about 80% of a car can be recycled? According to recycling statistics, automobiles are the most recycled consumer product in the world and every year, over 25 million tons of material is recycled from old vehicles. The U.S. automotive recycling industry employs around 100,000 people and contributes $25 billion a year to the national GDP. And now that battery electric vehicles (BEVs) are turning the corner of becoming mainstream, along with cars becoming more and more like computers on wheels, the value of an automobile part-by-part is often times higher than the market value of that automobile for driving around.

In this episode of the Mobility Tech & Connectivity Show, we will explore the world of automobile scrapping, how it is evolving, and the impact that electrification is having on this aspect of the industry. The MTC Show is a live monthly webcast that serves as a recording session for the AutoConverse podcast. The show features a news segment, guest interviews, panel discussions, and debates and is hosted by AutoConverse Publisher Ryan Gerardi.

Eric Brown is Founder of InSearchX and the purveyor of AskOtto. He is a Senior Executive with extensive experience in building high-growth companies in media, internet technology, health care, and automotive verticals. Experience includes building from the ground up for angel backed start ups or re-engineering acquisitions of international Fortune 100 companies for optimum performance and revenue growth. Visit Eric on LinkedIn.

Bill Sattree comes from a background of working with the OEM and dealers directly creating content for marketing to past and current customers. He is currently working on a project with Carketa to create a new money stream for dealers, OEM’s and uniting auto re-cycle yards across the county to leverage the soaring value of parts and prepare for repurposing electric vehicles so they don’t end up in junk yards contaminating the ground below them. Visit Bill on LinkedIn.

A new era of industrial policy kicks off with signing of the Chips Act
President Biden signed legislation providing $52 billion in subsidies to the semiconductor industry, kicking off what will be one of the largest industrial development programs the federal government has ever administered. The long-pursued bipartisan legislation authorizes federal research and development and regional tech start-ups, which the administration hopes will lead to commercial breakthroughs in new fields such as quantum computing and artificial intelligence. The bill passed the Senate by a vote of 64–33 on July 27, 2022.[2] On July 28, the $280 billion bill passed the House by a vote of 243–187–1. The legislation also includes funds to train workers to run the facilities, which chip experts say is among the biggest challenges to restoring domestic production. More than 30,000 high-tech workers could be needed if all the planned manufacturing projects come to fruition.

Repossession surge looming as some new car owners struggle to make payments
While many car owners are struggling to make their monthly payments because of inflation and high gas prices, economists say the source of the problem can be traced back to the COVID-19 pandemic, when many people, flush with stimulus checks, decided to buy a car they would eventually struggle to pay for when the government money stopped. There is an upside, however. While used car prices soared during the pandemic, adding more inventory by way of repossession should help bring prices back down.

Holoride’s in-car VR tech arrives in Audi vehicles this summer
Audi announced it would support Holoride’s in-car VR technology starting this summer. In June, select Audi models with the company’s MIB 3 infotainment system will ship with the necessary software to sync with Holoride-compatible headsets, with the company planning to support the feature first in Germany, the UK and US before making it available in other markets. At the center of the experience is something Holoride calls “Elastic Content.” When passengers play an interactive video or game, the experience adapts to the car’s movements. The company says it makes the experience more immersive and helps to prevent motion sickness.

Ford, GM Request Permission For Self-Driving Cars, No Steering Wheel
Ford and General Motors have both reached out to US automotive safety agencies in an attempt to get exemptions related to self-driving cars, though it has been kept relatively quiet. The companies have plans to launch a limited fleet of robocars with no typical human controls, such as steering wheels and brake pedals. The US National Highway Traffic Safety Administration (NHTSA) can allow a limited number of autonomous cars to drive on US roads with no controls. Ford and GM each hope to put as many as 2,500 of these vehicles on the road this year alone, though they’d be for the purposes of ride-sharing and deliveries. The companies aren’t requesting permission to sell the cars to customers.

GM patents self-driving car that replaces human driving instructors
First spotted by Motor1, the filing with the United States Patent and Trademark Office is titled “Methods and Systems to Autonomously Train Drivers.” It proposes putting student drivers in autonomous cars and using the vehicles’ onboard systems to coach and grade them.

In place of a human instructor, sensors would track a student’s control inputs and provide real-time feedback, according to the document. Sensors used for this would include lidar, cameras, and GPS.

As for why driver training would still be necessary in a world of self-driving cars, GM said people may still want to drive for personal satisfaction. They also said autonomous cars may need human assistance in certain situations, so people will still need to be trained to take over control.

GM expands roads covered by the Super Cruise hands-free driving tech, famous routes now available
Car owners have logged over 34 million miles of hands-free travel since the system launched in 2017, while GM has been busy expanding the Super Cruise highway network to around 200,000 miles of divided highways and interstates. Because of the new addition of undivided highways to the database of high-resolution maps, that number will more than double to over 400,000 miles of Super Cruise-able roads by the end of this year. Many famous roads are depicted on the maps, including US Route 66, California’s Pacific Coast Highway 1, the Overseas Highway in Florida, the Trans-Canada Highway, and others.

Toyota will buy back your recalled bZ4X EV
Toyota recalled the bZ4X in June over concerns the electric crossover’s wheels could fall off at speed, and now it’s taking extra steps to satisfy upset customers and keep vehicles off the road. Toyota’s US branch is offering to buy back the bZ4X. The automaker outlined compensation for those who still want the EV. You can continue to drive a loaner at no cost, complete with free fuel for the temporary car and storage for the bZ4X. You’ll also get $5,000 credit towards your loan, lease or full purchase price. There will also be extensions to your warranty and free EVgo charging time. Terms will vary based on your state and “particular circumstances,” according to a letter to customers.

Ferrari Recalls Nearly Every Model Made Since 2005
Ferrari has had to issue a recall for nearly every car it has made since 2005. The recall affects varying numbers of prancing horses dating back to 2005, totaling roughly 20,000 vehicles. The brake fluid reservoir cap may not vent correctly, leading to a vacuum which can impact the braking performance. Thankfully, the fix is almost laughably easy for any dealer service tech, much less one trained to work on Ferraris. All your local wrencher needs to do is swap the fluid reservoir cap and reset the accompanying low brake fluid message.