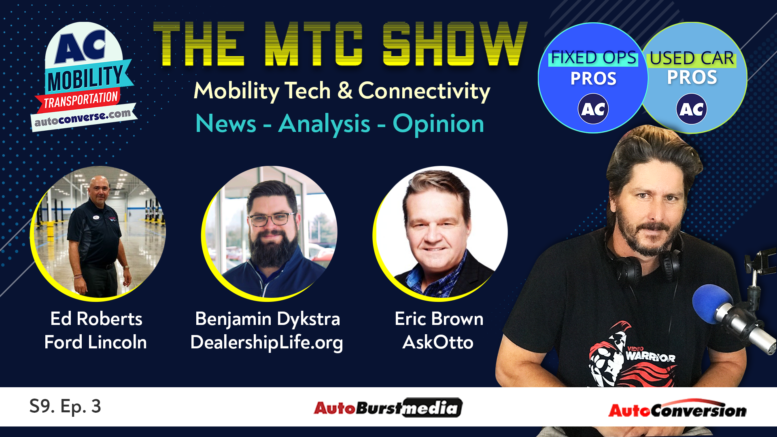 Normally, what happened last week with GameStop, Reddit, and Robinhood would have been shocking, but in the new Covid economy this situation smells more like another symptom of a larger problem – or trend depending on your political viewpoints.

What is epic about this story though is the fact that it includes everyone from Elon Musk to Congresswoman Alexandria Ocasio-Cortez and Senator Ted Cruz, as well as hedge fund titans and the New York Mets.

I won’t get into it all here, but over the past several weeks a group of investors communicating on Reddit in a community called Wall Street Bets – which has 6 million members and describes itself as “Like 4chan found a Bloomberg terminal illness” – bought shares in GameStop, the beaten down video game retailer.

Their goal was to combat investors betting against the fledgling retail company to essentially flip the script. And Wall Street’s response was, let’s just say, extremely hypocritical and telling.

In this case, Robinhood was a brokerage firm which held itself up as a democratizing force for investors. The narrative was almost literary. A firm called Robinhood replete with commission-free trading (it makes money off of margin trades) extracting money from rich hedge fund short sellers and disbursing it to lowly day traders.

But when the firm restricted trading in the GameStop (and related) stocks and later raised margin limits, it went from proletariat ally to “The Man” as fast as a flash crash. Robinhood’s rating on the Android store dropped to 1, and the company, which was set to IPO this year, drew down lines of credit reportedly worth a billion dollars. (One commentator wondered if Robinhood would later halt trading in itself if it became a target of WSB.)

The trend in new daily COVID-19 cases may be going downwards. Hospitalizations and deaths may be on the decline as well. The pandemic risk remains high for much of the country, but conditions are expected to improve quickly, especially now that the forces driving this mania have effectively grabbed the helms of political power.

However, for those who were hoping to put the dark cloud of 2020 behind us, January 2021 did not offer up much hope for that.

The used car market on the other hand appears to be off to a good start in 2021. January sales are forecast to beat both year-ago and December figures.

According to Auto Remarketing, TrueCar estimates in a forecast released last week that there will be 3.2 million used-car sales this month. That would beat January 2020 by 1% and December by 10%.

Market values are also going up for vehicles, according to Cox Automotive in last week’s Auto Market Weekly Summary. For the week ending Jan. 17, wholesale prices climbed 0.5%, according to a J.D. Power report.

That report indicates there hasn’t been this deep a run of weekly hikes in values since August. Compared to early March, auction prices are up 5%. Against where they fell to in April, they have bounced back by 23%.

Last week on the Mobility Tech & Connectivity Show we talked about consumer sentiment being on the rise, FOMO – the fear of missing out, and how the new Clubhouse app for audio drop-in is being leveraged by automotive marketing professionals.

This week on the MTC Show we have a very special guest joining us for a conversation about his recent family+business road trip that he chronicled. We also will be talking about the used car market, vehicle recalls, and a new shopper tool. 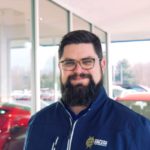 Benjamin Dykstra is Founder of DealershipLife.org which focuses on the success of salespeople through education and skills training. Dykstra’s mission with DealershipLife is to “elevate the performance AND public perception of automotive retailers.”

Benjamin joins us to talk about his family+business road trip last fall across the country, and dealership life today nearly one year into the COVID-19 pandemic. 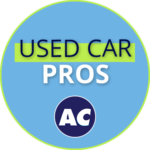 The first part of our discussion this week will focus on the used car business. We will also look at a new auto shopper tool called AskOtto, led by the purveyor Eric Brown who will be on the panel. Full Disclaimer: AskOtto is an Affiliate Partner with AutoConversion, and Sponsor. Go here for details. 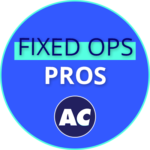 The second part of the discussion will focus on fixed operations, led by our Dealer Advocate Ed Roberts from Bozard Ford Lincoln in St. Augustine, Florida who will be participating in the Virtual Fixed Ops Roundtable event next week. Ed will also be able to offer up how a recalls like the aforementioned Ford/Mazda airbag recall affects his fixed operations business.

Sign Up Free to Be Part of the Discussion

Would you like to be part of our panel discussions? You can. Register with any one of our free discussion groups we offer on AutoConversion that make up the Automotive Marketing Pros mastermind program. Upon registering you will receive an email with instructions on how to participate in the discussion or call into the show.

Japan’s Toyota overtook Germany’s Volkswagen in vehicle sales last year, regaining pole position as the world’s top-selling automaker for the first time in five years as the pandemic demand slump hit its German rival harder. Toyota said last week that its group-wide global sales fell 11.3% to 9.528 million vehicles in 2020. That compared with a 15.2 percent drop at Volkswagen to 9.305 million vehicles. Automakers have suffered as coronavirus lockdowns have stopped people from visiting car showrooms and forced manufacturing plants to reduce or halt production. Toyota, however, has weathered the pandemic better in part because its home market Japan, and the Asian region in general, have been less affected by the outbreak than Europe and the United States.

Last month the National Highway Traffic Safety Administration (NHTSA) rejected a request from Ford and Mazda to avoid recalling roughly three million vehicles with potentially dangerous air bags, the Detroit Free Press reported. The NHTSA announced Tuesday that the Takata airbag inflators used by Ford and Mazda are showing signs of decay in the ammonium nitrate propellant, which is used to inflate the airbag. The airbags have caused at least 27 deaths worldwide, including 18 in the U.S. About 400 people have been injured.

New Electric Delivery Van from GM with Own Motorized Pallet

General Motors took the wraps off of a new electric delivery van Tuesday as it takes the next step in its pivot toward an all-electric future. The BrightDrop EV600, powered by GM’s Ultium battery platform, will have a range of up to 250 miles on a full charge and will be able to recoup 170 miles of range per hour via DC fast charging, the company says. Other highlights include more than 600 cubic feet of cargo space, a cargo-area security system, sliding pocket doors, and an automatically opening cargo bulkhead.

But it will face stiff competition from a host of startups and legacy automakers vying for a piece of the commercial EV market. Canoo, Bollinger, and the Amazon-backed firm Rivian are all working on electric delivery vans, while Mercedes-Benz and Ford are making battery-powered versions of the Sprinter and Transit van, respectively.

Amazon is taking delivery to new heights. For the first time ever, the e-commerce giant has purchased 11 Boeing 767-300 planes, having previously leased aircraft in the past. The move is part of an effort to beef up its cargo operations and to “supplement capacity” from carriers like UPS and FedEx. Amazon expects to have more than 85 planes in service by the end of 2022, according to Bloomberg, to “keep pace in meeting our customer promises.” Amazon is one of the companies that has flourished during the pandemic as consumers have increased online shopping exponentially.

Today, makers and developers are looking to home-delivery robots and autonomous cargo trucks because profits are largest in those areas, and the use case appears easier and safer. A growing chunk of the low-speed delivery is handled by small, three- to six-wheeled sidewalk robots. Among the latest developments: Wal- mart is adding Cruise, a General Motors affiliate, to its list of self-driving partners in a pilot grocery-delivery effort next year in Scottsdale, Ariz. Meantime, AV truck startup Gatik is attracting investors with its focus on the middle-mile delivery task, using AVs to connect warehouses and micro fulfillment centers with retail stores and distribution centers. The company says it has experienced explosive growth in business since the pandemic, which required adding vehicles ahead of schedule. Among the selling points for using AVs for carrying goods are higher profits, fewer deadhead miles, less need to worry about ride comfort and fewer safety challenges.