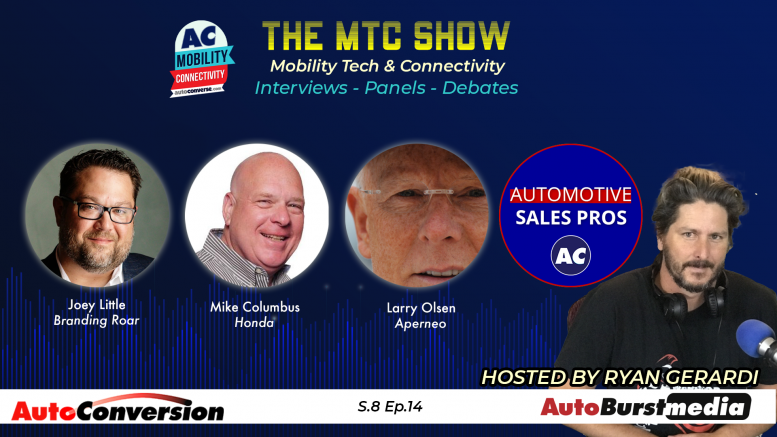 Fifteen days post-election and we still do not have a national consensus of who our next President will be. If you tune in to conservative media you have an incumbent President who rightfully and legally is contesting results in as many as six states.

But if you tune in to liberal media you have Associated Press President-Elect Biden being blocked by the Trump administration from power being transferred while refusing to accept defeat and acting like a sore loser.

The real question is…in which narrative are you? And how does this stalemate impact the automotive industry?

Many analysts agree that 2020 will be a record year for dealer profits. However, it won’t be from selling cars. It will be from supply and demand.

As one industry analyst explains, “Manufacturer delays and reduced inventory have curtailed dealers’ ability to maintain new-car sales volume. When they pivot to used-car business, dealers are met with another headwind: Wholesale acquisition prices are up to 27% higher than they were a year ago, according to Manheim.”

Although demand for new and used vehicles remained hot through not only the early pandemic phase but also the summer months, the covid economy will threaten profits for auto dealers who aren’t adapting effectively.

But what does adaptation look like? And how does a dealer know where change is needed?

According to Ward’s Auto, a recent Cox Automotive study suggested that 62% of car buyers said they were more likely to complete steps of their next purchase online because of COVID-19. Another 33% said they’d buy entirely online if possible.

I recently purchased a vehicle from a private individual. The process began on Facebook Marketplace. I messaged with several different sellers, including some dealers, via Messenger. One led to a no-show (annoying) and one led to meeting in person to conduct a transaction.

Last week on the MTC Show we talked about the election situation. We talked about gig economy companies such as Uber & Lyft prevailing to keep California workers independent, and exciting new developments for Virgin Galactic and Hyperloop.

In this session we will discuss the hybrid consumer experience that includes both digital interactions and in-person.

Joining us this week are:

Our Dealer Advocate for the panel is Mike Columbus, a Honda Sales Pro at West Hills Honda in Bremerton, Washington in the Seattle suburbs. Mike will lead the discussion on three areas…

SpaceX has become the first private company to launch astronauts to the International Space Station, marking the culmination of years of work in partnership with NASA on developing human spaceflight capabilities.

SpaceX’s human launch program was developed under the Commercial Crew program, which saw NASA select two private companies to build astronaut launch systems for carrying astronauts to the ISS from U.S. soil. SpaceX was chosen alongside Boeing by NASA in 2014 to create their respective systems, and SpaceX’s Dragon capsule and Falcon 9 rocket became the first to achieve actual human flight certification from NASA earlier this year with the successful completion of its final, Demo-2 test mission, which flew to the ISS with two U.S. astronauts on board.

Beyond becoming the US space agency’s first regular commercial launch, the Crew-1 mission is also the first human orbital flight licensed by the Federal Aviation Administration.

This is an important milestone for the popular EV-maker, something that underscores its financial performance in 2020. Tesla is by far and away the most valuable automaker in the world and it’s about to get an even bigger boost to its market capitalization. The S&P 500 announced it’s adding Tesla to its index starting on December 21st.

This puts the company in the big leagues with corporations such as 3M, Apple, and United Airlines. To be listed on the S&P 500, a firm must be based in the US, have a market capitalization of at least $8.2 billion and meet a variety of other requirements.

The news caused the company’s shares to spike in pre-market trading. Reuters reports that Tesla’s shares jumped 11%, adding about $40 billion to its value. If that holds, Tesla will be worth around $440 billion.

This is also boosting CEO Elon Musk’s bottom line. The stock price surge increased his net worth by $15 billion, pushing it to $117 billion, making him the third richest person in the world, passing Facebook’s Mark Zuckerberg.

It goes without saying, this is great for Tesla but people who shorted its stock must be chomping at the bit.

Ford Motor announced plans to build its E-Transit van at its assembly plant outside Kansas City, Missouri, investing $100 million to prepare the factory for the battery-electric van.

It also will hire 350 workers at that factory and another in suburban Detroit set to assemble an all-electric version of the F-150 pickup. The new electric van is set to make its debut Thursday, officials noted.

Ford’s latest news is part of an $11.5 billion electrification program that will, among other things, see it develop an all-electric version of its classic muscle car, the new Mustang Mach-E, which will become its first long-range model.

The Ford plant in Claycomo, Missouri will not only undergo a $100 million investment to allow it to produce the E-Transit, but also add 150 full-time jobs. Another 200 workers will be hired at the Ford Rouge complex in Dearborn, Michigan, set to produce the electric F-150. That will be on top of a previously announced 300 jobs for the pickup plant, which will undergo a $700 million update.

While sales of all forms of electrified vehicles will account for barely 5% of the U.S. market this year, industry analysts and planners expect that to accelerate rapidly this decade as more new products come to market in new segments. The increase also will be fueled by declining prices and the expansion of the U.S. public charging network.

Walmart is teaming up with the General Motors’ autonomous vehicle unit to test driverless delivery in Arizona.

Walmart says customers will be able to place an order and it will be delivered contact-free by a Cruise vehicle. The retail giant says it’s one of several autonomous vehicle pilot projects designed to chart a new roadmap for retail sales.

The company says it started an express delivery service in April and now has it in over 2,800 stores that reach more than 65% of U.S. households.

Wert says the testing with Walmart will start small and gradually ramp up to more vehicles. He did not know how many Bolts would be used at the beginning.