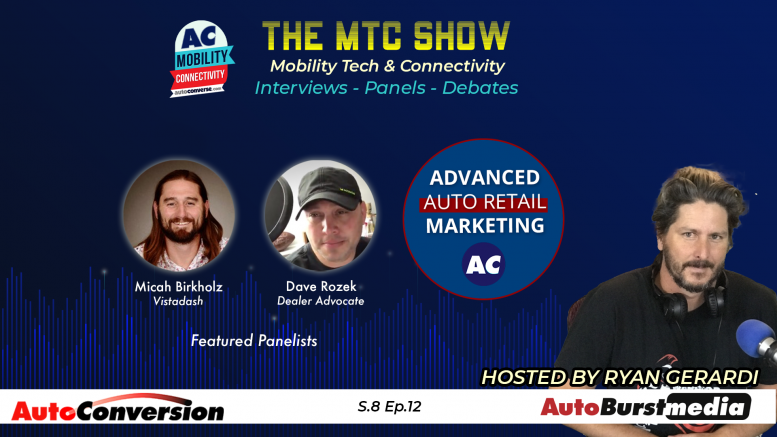 The week that many of us have been waiting for is now upon us. Shortly after we publish this article (but before we go live on the air Wednesday), the Presidential Election will have technically finished. But knowing the outcome is not something many of us are counting on this time around. Many are expecting a drawn out political and legal battle. We will see…

What we can count is that the country will continue to face a difficult time ahead.

If the Democrats gain control of the Senate and/or White House, then more progressive liberal policy will begin to take root in the States. That could be bad for the US economy which is proving incredibly resilient despite all attempts to destroy it. Some even predict (conservatives mostly) a complete failure of the US economy within 6-12 months of a Democrat-controlled White House and Senate.

If Trump holds on to the White House, Democrats and never-Trumpers will continue to create narratives designed to attack Trump’s presidency. And conservatives will continue to clash with liberal corporate media and Big Tech. These problems will only escalate.

In fact, just last week was another show-down with the US Government and Big Tech as Facebook Founder Mark Zuckerberg, Alphabet/Google CEO Sundar Pichai, and Twitter Founder Jack Dorsey where Democrats are pressuring the company leaders to double down on censoring conservatives and where conservatives are screaming unfairness and hypocrisy.

The Big Tech Founders calmly claim they have no political agenda and neither do their algorithms or human fact checkers.

How do you fact-check that?

Last week on the Mobility Tech & Connectivity Show it was Used Car Week where we talked about the US car market’s path to recovery and recent developments of Shift and CarLotz going public. We also explored the auction and wholesale markets and talked briefly about sourcing vehicles.

This week on the MTC Show our focus is on the role that big tech plays not only in how it controls the flow of information but also with advertising. According to Statistica, Automotive is the second largest vertical when it comes to advertising spend, making up 12.3% of total money spent ($29.6B). Retail is the largest at $52.7B (21.9%). The Financial industry is a close third.

We also will be discussing why people buy cars from their local dealerships and the importance that process plays in your store’s success.

For our discussion panel this week the theme is Advanced Auto Retail. The purpose of this discussion group is for owners, operators, and marketers to explore more advanced subject matter related to auto retail such as the markets, advertising strategies, culture and operations.

Joining us this week is our Dealer Advocate David Rozek from Motorwerks Auto Group in Chicagoland, and Industry Ally Micah Birkholz from Vistadash.

Our primary focus will be in response to David’s recent video talking about why people buy cars from their local dealerships and the importance that effective processes play in your dealership’s success.

Big Losses and Thousands of Job Cuts at Boeing

Boeing reported a net loss of $466 million in its third quarter as sales dropped. The company said Wednesday it expects to end next year with around 130,000 employees. It started 2020 with a workforce of 160,000.

And sort of like General Electric Co., Boeing has worked to diversify.

There’s a vast array of subcontractors in the U.S. and worldwide that produce for and with Boeing. So when demand for Boeing products declines, it is felt by many of Boeing’s 17,000 suppliers.

Aviation analyst Richard Aboulafia said his fear is that manufacturing will soon start feeling the pain of the pandemic like retail and hospitality already have.

Because as the biggest companies go, so goes the American economy.

Shares of Los Angeles-based social media firm Snap Inc., the parent of the Snapchat app, are skyrocketing up 20% after a third-quarter earnings report revealed explosive growth amid the coronavirus pandemic.

Snap nabbed revenues of about $679 million in the quarter–52% more than in the same period a year ago and far above Wall Street expectations calling for $550 million.

The firm’s third-quarter net loss of $200 million was 12% lower than the loss last year, and the firm’s adjusted earnings of 1 cent per share also blew past analyst forecasts averaging a loss of 5 cents per share.

Snap shares were surging about 20% in after-market trading within minutes of the announcement, reaching new all-time highs and eclipsing levels not seen since the firm went public in March 2017.

The firm’s daily active users jumped 18% year over year to 249 million, and the number of “snaps,” or photo and video messages, sent each day also nabbed double-digit percentage growth, jumping 25% year over year.

There is any number of factors that can be pointed to in unpacking Quibi’s demise: the launch of a mobile-only streaming service at the height of a global pandemic when users were stuck at home; the lack of any real breakout content that was compelling enough to tempt subscribers; or the fact that shortform video content has a nearly infinite amount of free competition in the form of YouTube, TikTok, and other platforms.

It’s not clear what will happen to the company’s lineup of expensive, star-studded original shows and shortform films after the shutdown. Earlier reports indicated that Katzenberg had courted Apple, WarnerMedia, and Facebook to try to acquire the beleaguered streaming company earlier this year. When those efforts failed, Katzenberg reportedly tried to get Facebook and NBCUniversal to at least pick up Quibi’s content, to no success. Quibi will continue to attempt to sell both the content and the underlying technology used in its apps in the coming months, however.

The executives faced lawmakers on the Senate Commerce Committee. Members unanimously supported the hearing after its scope was expanded to include discussions of digital privacy and tech’s impact on local media. Republicans and Democrats on the committee remain divided over how to tackle these issues, but their shared concern leaves an open path for reform to come down the road.

“There is more common ground than people realize,” Sen. Richard Blumenthal, D-Conn., told CNBC Tuesday of Republicans’ and Democrats’ approach to reforming the legal shield known as Section 230. He said there could be more “opportunity for bipartisan consensus” after the election.

Section 230 protects tech platforms from liability for their users’ posts but also allows them to moderate content they consider “objectionable.”

Chairman Roger Wicker, R-Miss., opened the hearing by discussing the historical importance of Section 230 in allowing for America’s Big Tech companies to grow. But, he said, the now-large companies have the ability to “stifle” messages and “the time has come for that free pass to end.”

“There is strong bipartisan support for reviewing Section 230,” Wicker said. “In fact both presidential candidates, [Donald] Trump and Biden, have proposed repealing Section 230 in its entirety — a position I have not yet embraced.”

Democrats have advocated for a bill that would allow states to add extra protections for their constituents and give consumers the right to sue companies they believe violate their digital privacy rights.

Republicans want a uniform national privacy law that will preempt state laws and are opposed to so-called private rights of action. They fear a patchwork of state laws and petty lawsuits that bog down smaller companies.

Facebook Inc’s Instagram said on Thursday it was making changes to its image sharing platform for U.S. users to prevent the spread of misinformation around the Nov. 3 presidential election.

For users in the United States, Instagram will temporarily remove the “Recent” tab from hashtag pages starting Thursday, it said in a statement on Twitter.

“We’re doing this to reduce the real-time spread of potentially harmful content that could pop up around the election,” the statement added.

Instagram’s “Recent” tab arranges hashtags in chronological order and amplifies content. Researchers have cautioned that automated amplification can lead to the rapid spread of misinformation on the platform.

The development comes as social media companies face increasing pressure to combat election-related misinformation and prepare for the possibility of violence or poll place intimidation around the Nov. 3 vote.