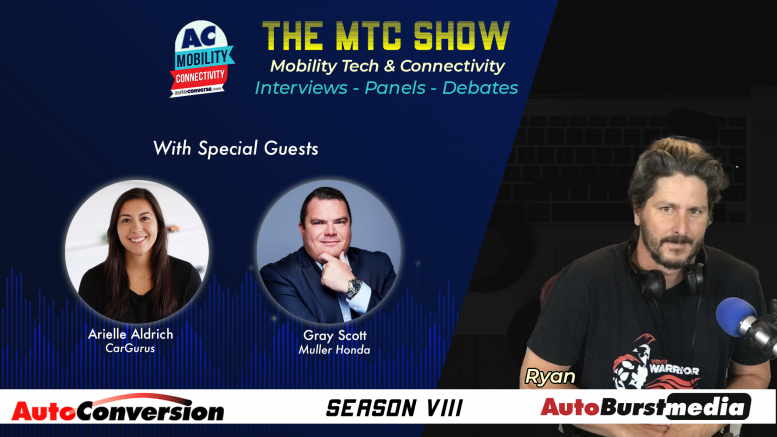 The impact that Covid-19 has had on US and global markets, for both consumers and businesses in general, not excluding car buyers and even dealers more specifically, cannot be overstated. These are unprecedented times to say the least.

Add to that the drama of being only weeks away from the next Presidential election where Republican President-elect Donald J. Trump faces off with Democratic hopeful and Former Vice President Joe Biden. As we often say every four years, this could be the most important election of our lifetime.

For many this leads to a fork in the road on their values and belief system and future life choices. And for some, such as Google who is now caught in an antitrust lawsuit with the US Department of Justice, it’s just another opportunity to drive home revenue and shape the political landscape.

At least that is what Project Veritas believes is going on. In it’s latest investigative sting, the non-profit enterprise known for exposing corruption, dishonesty, self-dealing, waste, fraud, and other misconduct in both public and private institutions, has set out to #ExposeGoogle for it’s illegal practices to shape the national election.

Last week on the Mobility Tech & Connectivity Show we talked about Waymo’s robo taxi service in Phoenix and Amazon’s first electric delivery truck by Rivian. We also opened up the conversation about US auto suppliers scrambling to fill factory jobs.

This week on the show we will look at the DOJ antitrust lawsuit with Google and accusations of Google “playing God” with political speech. We have an interview lined up with a Senior Marketing Manager at CarGurus to talk about the company’s upcoming virtual summit – Navigate, and we have a couple dealership marketing managers joining us for Video Marketing in Auto Retail panel discussion.

Last year CarGurus launched its inaugural Navigate Summit, a first-of-its-kind automotive event designed to educate attendees on solutions to major challenges that dealerships face today, including areas like digital marketing, strategy, and leadership. The company brings the event back this year virtually, with a lineup of industry insiders and tech experts you won’t get anywhere else.

> Follow this link to learn more about Navigate and register

For our automotive panel this week, the theme is Video Marketing in Auto Retail. We will be looking at a new car ad (“commercial”) for a Chicagoland Honda dealer. The ad takes on new approaches for local car dealer advertisements.

The driver behind the ad with his agency is Gray Scott, Director of Marketing at Muller Honda in Highland Park, Illinois. Scott has been with the company since 2017 and is known in the automotive community for making energetic and pioneering video ads.

Mr. Scott will be our featured panelist for this month’s discussion. Other panelists may join – last minute. In fact, if you want to be part of the discussion then join is in the live chat on the live stream OR register here to automatically generate your Zoom access to the Video Marketing in Auto Retail Discussion Group.

US DOJ Sues Google Over Antitrust in Search and Ads

The Justice Department on Tuesday filed its long-awaited antitrust lawsuit against Google, marking the biggest challenge to big tech in 22 years. The lawsuit by the law enforcement agency accuses the search giant of maintaining “unlawful monopolies” in its search and advertising businesses.

The suit, filed in federal court in Washington, D.C., claims Google has long broken the law in its quest to remain “the gateway to the internet,” and has disadvantaged competitors in an effort to sell more online search ads.

“The end result is that no one can feasibly challenge Google’s dominance in search and search advertising,” Barr said. “This lack of competition harms users, advertisers, and small businesses in the form of fewer choices, reduced quality (including on metrics like privacy), higher advertising prices, and less innovation.”

Also read, Surprise! Google was a monopoly (don’t say I didn’t tell you so)

While Google deals with the antitrust lawsuit, the company is also being accused of suppressing and favoring political speech.

In this video, a Google advertising manager boasts that the company can censor ‘Right-Wing’ & Republicans…reveals he chose to ignore requests for pro-Brexit ads on the search engine.

And in this video a Senior Google Manager talks with Project Veritas private investigator about the Search Engine’s power to “play God” and shape political speech.

American Airlines to Schedule US Flights with Boeing 737 MAX

American Airlines plans to put the 737 MAX back in its schedule by the end of the year, assuming that federal regulators soon approve changes Boeing made after two crashes of Max jets killed 346 people.

The first 737 Max crash occurred in October 2018 in Indonesia, and another crashed less than five months later in Ethiopia. In both cases, an automated anti-stall system new to the plane pushed the nose down, and pilots were unable to regain control. All Max jets were grounded worldwide in March 2019.

A spokeswoman for American said Monday that the airline plans to operate a single daily Max flight from Dec. 29 through Jan. 4 between Miami and New York’s LaGuardia Airport, and American is reviewing its plans beyond that. American will begin taking bookings for the flights on Friday.

Happy to announce that Cargurus has invited me back to moderate a panel for them later this month during their Navigate Summit. The panel will be discussing ‘Auto Dealerships and an Uncertain Future.’

This panel discussion brings together forward-thinking dealers large and small to talk about changes they’ve navigated so far, how they’ve adapted their approach to marketing and customer communications, and how to build a 2021 strategy in the face of uncertainty.