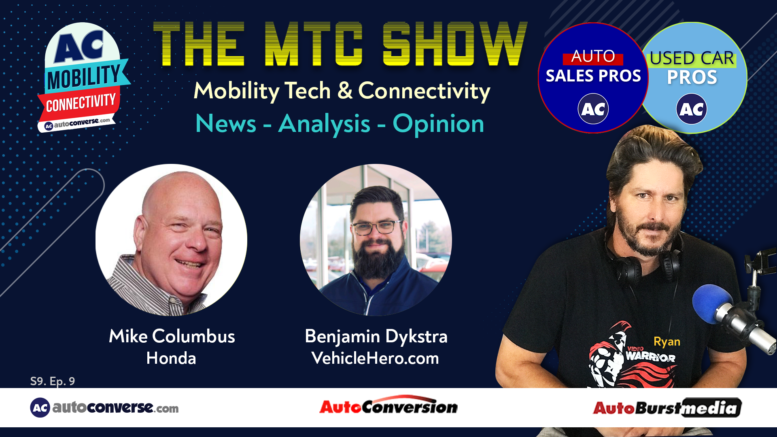 If buying a car right now seems difficult and expensive, you aren’t alone. Franchise car dealerships have only a fraction of the vehicles that they typically have to work with, and the problem isn’t only with new cars. It is with used vehicles as well and it’s helping send prices to record levels.

“It’s a challenging time to be a car buyer,” writes Mike Columbus from Seattle area West Hills Autoplex. “If you’ve been by a new car dealership lately,” he continues, “you may have noticed that there are fewer cars on the lot. It’s not your imagination: there are continuing interruptions in global supply chains, causing auto plant closures and shortages of popular vehicles, and it will be some time before new-car inventories are back to normal.”

The primary interruption is the global chip shortage, but that’s not the only supply issue automakers are facing, as. Columbus points out in his latest piece, Successful Car Shopping with Limited Vehicle Supply. The unexpected Texas deep freeze, Mike explains, led to interruptions in the petrochemical industry that supplies seat foam to automotive interior suppliers. The blockage of the Suez Canal in March stopped components destined for European automakers that serve the U.S. market. There’s even a shortage of shipping containers in Asia that affects automotive suppliers’ ability to get parts to car factories.

And unfortunately, chip giant Intel’s CEO says the global semiconductor chip shortage plaguing carmakers and other industries will be around for at least another two years.

As for used cars, wholesale prices for vehicles sold at auction are up 26% since the start of this year, according to other data from JD Power, and the higher wholesale prices are pointing to bigger increases on the way.

The only thing that could realistically cool things down would be a decrease in demand for vehicles, but that doesn’t appear to be happening either as automakers continue to put extermination dates on the combustion engine vehicle and embrace the new world of ‘AutoTech‘.

Last time on the MTC Show we explored the idea of Bitcoin and NFTs in the automobile ownership experience. This week our focus will be on how to buy a new or used car today safely and with confidence. Our industry insiders will also answer the most frequently asked questions people have when selling their car to a local dealer.

The second part of the discussion will answer the question of why it seems like everybody from your local car dealer to Carvana and Cars.com want to buy your vehicle. For this segment we have industry insider Benjamin Dykstra joining us from VehicleHero.com to answer the most frequently asked questions about selling your car to a dealer or business.

Tesla has cut the price of its Model 3 sedan by $1,000 and its Model Y sports utility vehicle by $2,000, the electric carmaker’s website showed.

The price cut only affects the base models of the cars. The price of its Model 3 standard range plus dropped to $36,990, from $37,990. Tesla cut the price of its Model Y standard range to $39,990 from $41,990, according to the website. The prices of the Model 3 and Model Y long-range versions, which give owners more miles per charge, haven’t changed.

The price cuts come six months after Tesla CEO Elon Musk promised to make a $25,000 electric car that was “fully autonomous” in about three years.

Toyota is Launching Three Electrified Vehicles in the US in 2021

Toyota has revealed that it’s debuting three electrified versions of its vehicles in the US this year. While the automaker didn’t name the models of the vehicles it’s launching, it did say that two of them are fully electric, while the other is a plug-in hybrid. It’s a step towards one of the company’s goals, which is for 40 percent of all new vehicle sales to be made up of electrified models by 2025. The automaker is also aiming to sell electrified Toyota and Lexus (its luxury brand) models around the world in the same year.

In its announcement, Toyota also shared some results from an internal research evaluating the environmental impact between a full-electric and a plug-in hybrid vehicle. The company found that the greenhouse gas emissions of currently available full-electric and plug-in models are roughly the same when you factor in pollutants created by electricity production. Also, the production of plug-ins may even generate less greenhouse gases, since they typically have smaller batteries.

Ford to Go All Electric in Europe by 2030

Ford today announced a new strategy for the European market that aims the automaker at primarily only selling electric vehicles by 2030. To do so, Ford intends to spend $1 billion to revamp a factory in Cologne, Germany, where it will produce EVs using a Volkswagen platform. The first production vehicle from the updated factory is expected by 2023.

This new strategy involves phasing out gasoline-powered vehicles in favor of electric power. The automaker expects to have all commercial vehicles made by Ford in Europe be electric by 2024. Two years later, it expects to have converted its entire lineup into electric or plug-in hybrids. Gasoline-powered commercial vehicles will still be offered for sale in Europe after 2030, Ford says. However, the automaker currently sees electric models accounting for two-thirds of its European sales.

Related: Ford Accelerates Toward an All-Electric Future in Europe

It looks like General Motors is the latest automaker vowing to phase out combustion engines worldwide, replacing the fleet with electric-powered vehicles. In a late-January release, GM set a 2035 target to stop selling vehicles powered by a gasoline or diesel engine, with the goal of becoming carbon-neutral by 2040. That means cleaner new vehicles, as well as the plants that make them, which will be powered with renewable energy.

GM is spending $27 billion to develop electric and autonomous vehicles by the end of 2025. The portfolio will include 30 all-electric vehicles globally, offering EVs in all sizes and body styles, including full-size pickup trucks, assorted crossovers, and luxury sedans. In the U.S., 40 percent of models offered will be battery-electric powered.

Hyundai to Focus on Electrification, Autonomous, Connected Technologies to Fuel Growth in India

Bullish on the long-term growth prospects of the Indian auto industry, Hyundai aims to focus on various aspects like electrification, connected features and autonomous technology as part of its future product strategy in India. The automaker, which has completed 25 years in the Indian market with over $4 billion investment so far, also plans to enhance digitisation and focus on mobility services like subscription, hailing and sharing to fuel future growth.

Hyundai Motor India MD and CEO SS Kim told reporters “We will continue to bring in advanced technologies and models in this market.” He noted that customer convenience remained at the center of its business plans and plans regarding the electric vehicle segment remained the automaker’s “number one priority”.